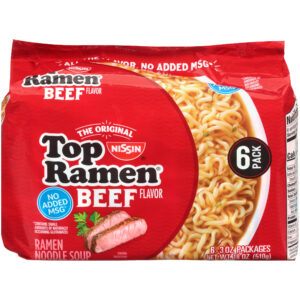 Jim Bacon recently posted an article about the cost of telephone calls, commissary items, etc. that prisoners in jails encounter. Having been for many years the analyst at the Department of Planning and Budget assigned to handle budget matters related to the Department of Corrections (DOC), I can add some further explanation and context to these issues. Doing so requires a more lengthy discussion than is probably appropriate for a comment; therefore, I am using a separate article to do so.

My experience was with DOC and not jails. Furthermore, each jail can have its own policies which may differ some from those of other jails. However, many of the general principles apply to both levels.

Telephone charges. This area has long been one of controversy, with offenders and their advocates complaining of excessive rates. For many years, offenders could only make collect calls, for which the rates are generally higher than for direct calls. Another reason for rates that are higher than those charged ordinary citizens is the need for security measures which must be incorporated in phone systems available to inmates. For example, inmates cannot call anyone they wish. They can only call persons on an approved list. Furthermore, all outgoing calls made by inmates, except to attorneys, are recorded and those recordings kept and stored. Those features, and some other features of which I am likely unaware, add to the cost of maintaining the system.

Nevertheless, for many years, there was a cushion built in. Vendors bidding for the service would include in their proposals a “commission” for DOC, which, of course, was included in the rates charged inmates. For many years, the money from the inmate telephone system commissions constituted a sort of “slush fund” within DOC, which the director could use for issues that popped up from time to time. (The money was accounted for on the state’s books. I don’t mean to imply in any way that it made its way to anyone’s private pockets.) At some point, the state decided it wanted that commission money and there was inserted into the budget bill a provision requiring DOC to deposit the telephone commission money into the state treasury. It amounted to a fairly healthy sum, between $5 million and $10 million annually.

In 2008, legislation was enacted requiring DOC to offer prepaid or debit phone systems, which likely lowered the rate. The fiscal impact statement I prepared for that bill, outlining some of the history of the inmate phone systems can be found here.

Several years ago, Harold Clarke, DOC director, instituted a policy of not requiring or accepting commissions, instead awarding the contract to the vendor judged to be able to provide the best service, along with a reasonable rate structure for inmates.

In recent years, DOC has moved into more up-to-date methods for inmates to communicate with family, such as electronic messaging and web based services. A summary of DOC’s phone policies can be found here.

Commissaries. Each prison is authorized by law to operate a commissary. The law requires that “profits from the operation of such stores shall be used for educational, recreational, pre-release and post-release reentry and transition services, or other purposes beneficial to the inmate population as may be prescribed by the Director.”

For many years, DOC operated the commissaries itself. About 20 years ago, it decided to privatize the operations, with the vendor winning the contract paying DOC a percentage of the revenue from sales. This commission became the “profit” referred to in the Code.

Each individual prison has some discretion as to how it will use the commissary profits. One major expense is cable television. People walking through a medium-security prison dormitory for the first time are probably surprised to see portable TV sets on almost every bunk and many inmates watching cable TV channels. Contrary to what some critics claim, none of this is paid for with taxpayer money. The TVs must be bought by inmates through the commissary. Only models approved for security purposes may be used. For example, recent models had clear plastic cases in order to discourage the hiding of contraband in the TVs. The cost of the subscription to the cable TV service is paid with commissary profits. (The cable TV service provided is through companies that provide channels approved by the correctional agency.)

The commissaries offer many snack and food items. Ironically, the commissaries exacerbate the health problems and costs of inmates. If you ask any prison physician what the most common chronic health conditions are, the answer invariably will be diabetes and hypertension. If you ask the commissary directors what items are most popular with inmates, items with sugar and salt will be high on the list. Ramen noodles were highly popular because inmates could use them to concoct meals in their dorms or cells. (One ex-inmate has published a cookbook of Ramen noodle recipes.)

The prison commissary prices for items are likely to be higher than the price for the same item in regular stores. Three factors probably account for the difference: security measures the vendor must undergo; the commission the vendor is contracted to pay DOC; and, finally, the vendor having a monopoly. In the end, the inmate has the same choice that all consumers have: He can choose not to buy the items.

As pointed out earlier, the general principles surrounding phone calls and commissary purchases in state prisons are applicable to jails. However, there is less accountability for jails. Some of the expenses listed in the Free Lance Star article as being paid with commissary profits seem questionable. For example, “shower refurbishing” should have been paid for with the money provided to the regional jail by member localities, not commissary profits. Hopefully, the study directed by the legislature will result in concrete proposals for oversight in this area.

Some commenters have alluded to the possibility of money ending up in the sheriff’s pockets. There is the opportunity for that to happen. The most recent example is Robert McCabe, the former sheriff of Norfolk, who was convicted in federal court of taking bribes from vendors providing medical services to inmates and those providing food services.