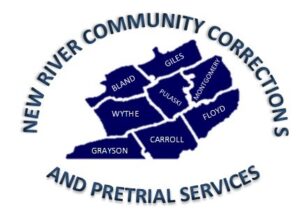 My colleague, James Sherlock, recently posted an article in which he concluded that the Commonwealth’s pretrial agency program is a failure. I took issue with his basic conclusions, but did not have enough details handy to make my case. I now have more information.

His conclusion was based on data shown in a report put out by the Virginia State Crime Commission in its study of the state’s pretrial program. A table summarizing the data showed that, in localities served by a pretrial services agency (PSA), 14.5% of the suspects released while awaiting trial failed to appear for their court date. Furthermore, 24% were arrested for a new crime. Because the data did not include all the new crimes that may have been committed, he extrapolated the data and proposed that 45% of the offenders released were pre-trial recidivists or failures to appear (FTA). (One error was his failure to account for some double-counting. Some of those 24% who were arrested for a new crime may also have been in the FTA pool. But that is not important for this discussion.) Based on this conclusion, he went on to declare that the risk assessment tool used by pretrial services officers to make their recommendations is a failure.

Finally, he contrasted the table in the Crime Commission report with a table in the Department of Criminal Justice Services’ (DCJS) annual Report on Pretrial Services that showed a success rate above 90% on two measures and just under 90% on another measure. He concluded that the differences in the data in the two charts is “irreconcilable” and declared, “This is a government mess. The government needs to fix it.”

In order to understand the data in the two tables, one must have an understanding of the pretrial process in Virginia. What follows is a concise summary.

The pretrial process is fairly complex, with multiple points at which discretionary decisions are made. First of all, localities have the choice of whether to establish a PSA. In FY 2019, there were 33 PSAs, serving 100 counties and cities (out of 133). By FY 2021, that number had expanded to 35 PSAs, serving 115 counties and cities. The description that follows is applicable only to those localities that have a PSA.

DCJS staff reports that pretrial officers recommend release in a little less than half (48%) of the cases. Just as importantly, staff report that judges’ decisions are consistent with the pretrial recommendation in only about half the cases.

With this background in mind, the data in the two tables can be better understood. The Crime Commission data showing 14.5% FTA and 24% being arrested for a new crime include all offenders released in the locality. That population includes suspects released to the supervision of the PSA, as well as those released by the magistrate without PSA supervision, and those released by the judges without PSA supervision, possibly contrary to the recommendation of the pretrial officer.

The chart in the annual DCJS report on pretrial supervision, on the other hand, includes only those suspects released under PSA supervision. In FY 2018, the year which the Crime Commission data covers, only 6% of those suspects failed to appear on their trial date and only 6%  were arrested for a new crime.  Those outcomes are much better than for the entire population of suspects released before trial.

In summary, the two sets of data are not in conflict. Rather, they show outcomes for two different populations of suspects. Because VPRAI, the risk assessment instrument, is not utilized for the large percentage of release decisions made by the magistrate, and judges follow the recommendations of pretrial offices only about half the time, it cannot be said, based on the results shown in the Crime Commission report, that the instrument is faulty.

The pretrial services program serves two primary functions. It provides an alternative for judges to use, instead of detention in jail for weeks or months awaiting trial, for those charged with a nonviolent crimes who pose little risk to public safety if released. It also provides an opportunity for indigent individuals who cannot afford to put up bail to be released with a significant assurance for the judge they will appear for trial on their court date. The program cuts down on the need for costly jail beds and is a major benefit to those served. It has proved successful enough that, at one time, at least one locality was so anxious to establish one, it was willing to pay the entire cost with local funds rather than wait until state funding was available.

This entry was posted in Courts and law, Crime , corrections and law enforcement and tagged Dick Hall-Sizemore. Bookmark the permalink.