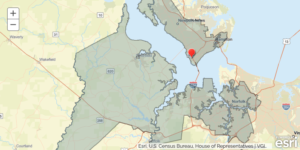 I authored a piece here recently about the Norfolk Redevelopment and Housing Authority (NRHA) and the Section 8 Housing Choice Voucher program.

I made the point that it is very difficult to find housing that can profitably be rehabbed to Section 8 standards.

I note that the only open waiting list in the NRHA is for an apartment at Riverside Station Apartments, a 220-apartment mixed-use development using tax credits for public housing set-asides. Twenty-three apartments are set aside for NRHA, but the development is not yet ready for occupancy. I am unable to determine when it will be.

In Portsmouth and Newport News, both the voucher programs and the public housing program waiting lists are closed to new applicants, and reportedly have been for years. The only exception noted is in the availability of single room accommodations in public housing in Portsmouth.

It is sad. We hear all about the housing programs when they are authorized and funded.

Nothing when they create expectations — dependencies really — that they fail to meet. Let’s take a look.

Lucky for those three cities that he has all of that seniority.

Congressman Scott happens to be the Chairman of the House Committee on Education and Labor.

Surely, if the public schools in these three cities were better, the demand for public housing and voucher assistance would decline. Title 1 is the largest federally funded educational program. It provides supplemental funds to school districts to assist schools with the highest student concentrations of poverty to meet school educational goals.

But Title 1, ubiquitous in those three cities, is a program that does not require success. It sets goals, turns its head away when they are missed, and sends more money the next year. Title 1 is Rep. Scott’s responsibility in the House. I can find no Title 1 reform bills there. Lots of discussion of Title IX and transgender swimmers, however.

As the first housing authority created in the state of Virginia in 1938, our Authority provides housing and housing-related services for over 5,000 citizens of Portsmouth.

The Portsmouth Redevelopment and Housing Authority is only accepting applications for the Single Room Occupancy (SRO) program at this time.

The website affordablehousingonline.com. I have used this national website clearinghouse for HUD voucher and public housing availability to provide more detail on PRHA than is available on the government website. Where information is available on both, it matches.

Closed: (Confirms information on government website) Portsmouth Redevelopment & Housing Authority Housing Choice Voucher Waiting List
was last open for three days in July 2016, and before that in 2008. There is no notice of when this waiting list will reopen.

The Portsmouth Redevelopment and Housing Authority (PRHA) Mainstream Section 8 Housing Choice Voucher waiting list is currently closed. Applications were last accepted from April 27, 2021 until April 28, 2021. There is no notice of when this waiting list will reopen.

Net of all of that:  Norfolk, Newport News and Portsmouth residents cannot get on the waiting list for vouchers. Apparently few with them ever leave. And new supply of Section 8 housing is clearly equally rare.

Good news: The Norfolk, Portsmouth and Newport News housing offices are open from 9-4 daily. I understand there is not a lot of foot traffic in the applications offices.

Bad news for Norfolk and Portsmouth residents: Congressman Scott’s office is in Newport News. You can call.