Planning for Telecommuting’s Effects on Virginia

I think that we don’t yet realize the full impact of the revolution being wrought by the telecommuting that accelerated during COVID. 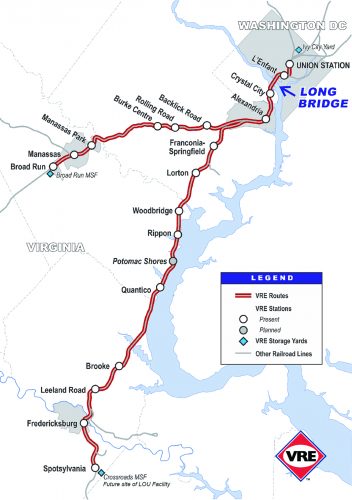 I am sure I don’t.  But Virginians, and our state and local governments, must try to figure it out.

We are moving towards a world in which white collar workers will be increasingly exempt from commutes.

We have already seen during COVID the leading edge of the migration of workers and their families away from many of America’s cities, especially those with increasing crime, closed businesses and otherwise lowered quality of life.

Look at New York City.  I visited it a couple of months ago.  Many places I used to enjoy have become an urban wasteland.  D.C. is not far behind.

Virginia urban areas and some of our suburbs have experienced COVID-related business failures and are threatened with more that result from the lifestyle changes that COVID brought.

The attractions in these places are not directly related to employment, but rather to population density. Restaurants, night life and the arts were exposed by COVID as vulnerable.  Some people got out of the habit of centering their social lives on them.

The costs of cities and suburbs, especially housing, are less and less affordable.  Prices have continued to increase in the face of fast-rising mortgage rates (Note 1).  This cannot continue, so it will not.

Other Virginia locations that offer attractive lifestyles, lower costs of living and the communications infrastructure to support telecommuting with bandwidth and speed at scale can expect to see in-migration and its economic benefits if they both prepare for and solicit them.

The knock-on effects may prove far-reaching.  I will offer a few of them for consideration.  Virginia state and local governments will either plan to accommodate them or be run over by effects which, planned for or not, they cannot control.

Business Cost Reductions.  The telecommuting trend should drive down the relative infrastructure and labor costs of both government and private white collar organizations, including the headquarters of blue collar businesses.

Telecommuting has already driven down the relative costs of white collar productivity in some industries in the United States.

Tech sector management, design and development famously have not only allowed telecommuting, but encouraged it.  Some organizations have even successfully cut compensation for employees who take advantage of telecommuting to live in less expensive locations.

That is the tip of the iceburg.

The new expectations of reduced requirements for office infrastructure are starting to be built in to corporate business planning.  But I suspect that has not yet happened to the same degree in government planning.

Employee effects. The relative compensation of telecommuting employees and the costs of the buildings that host them should either decrease or at least increase less quickly that previously anticipated.  The next rent contracts for state and local government buildings should be negotiated from positions of buyer strength.

Employee expenses can decrease dramatically.  How much of your own or your kids’ familys’ salaries were or are spent on the costs (child care, clothing, transportation, time, expensive real estate) of leaving home to go to work each day?

Many people who have chosen to live in cities to decrease their commutes will lose that incentive.

The definition of essential employee has changed.  Why do some senior managers need to be in the office if their employees are not and the internet connections are stable and of sufficient speed to support real-time consultation?

At the other end of the spectrum of change, blue collar and medical workers will not be exempt from going to their jobs.   Remember the debates over minimum wages?  Not so much of that any more.  The compensation of blue collar workers and nurses has already exploded and will continue to go up more quickly than previously anticipated.

Transportation.  Telecommuting will change the very nature of cities and of travel. What will be the impacts of reduced commutes and business travel on our transportation system? On transportation taxes expended and collected?

What about the requirements for urban transportation?  For light rail to and from the suburbs?

The history of government transportation planning is not a reason for hope.

Virginia Railway Express (VRE) is a joint project of the Northern Virginia Transportation Commission (NVTC) and the Potomac and Rappahannock Transportation Commission.   NVTC is charged with the Northern Virginia funding and stewardship of the Washington Metropolitan Area Transit Agency (WMATA) and the Virginia Railway Express (VRE), which it co-owns.  It manages state and regional funding for six bus systems, Metrorail and VRE.

Governor Northam in March of 2021 committed Virginia to support a $3.7 billion rail bridge project agreement to allow the number of Amtrak trains serving Virginia to double over the next 10 years, providing nearly hourly service, and increase VRE commuter service by 60%.

Quite literally, nearly everybody at the time agreed that was a good decision.  But it was based on growth assumptions that proved faulty.

One year later, VRE is in desperate straits.  In April of this year, ridership is down to less than a quarter of what it was before the pandemic.

As of (April 22, 2022), according to ridership documents, not a single train from Fredericksburg to D.C. and back was even half full, and many were even emptier. The numbers on the Manassas line were even lower.

Is VRE expansion still cost-effective?  How about metro rail, which has had similar ridership declines.

Again, I don’t know, but Virginia should revisit its planning.

Energy.  How will this change the locations and quantities of energy demand? All types of energy – electricity, natural gas and petroleum products? Suppliers will have to adapt.  Will government regulations allow them to do so?

Education.  How should the estimates of future public school capacity and location requirements change in various parts of the state?

Rural Virginia.  Governments have made assumptions about continued movement away from Virginia’s rural areas.  Will those assumptions hold as those beautiful areas get broadband?

Some of southwest Virginia – see Wise County as example – already has wonderful schools.

The rural broadband initiative was targeted at providing services to existing residents.  It can now prove an attraction to telecommuters.  Perhaps it can be marketed that way in the D.C. area to keep current Virginia residents in Virginia.

Richmond.  How much of the City of Richmond’s tax base depends upon white collar businesses and white collar headquarters including those of the state government? How about the industries that service those headquarters and their employees? How about restaurants and hotels?

How will Richmond adapt and function under a lowered tax base or try to keep the one it has?

Governments must not be the last to adapt. In Virginia, both state and local governments must begin to project the impact of the reductions in physical commuting and increases in telecommuting in order to tailor investments and prepare for dislocations – some positive, some negative.

The Washington D.C. government gets it.  March 15, 2022 marked the high water mark for COVID-era office occupancy in the capitol, at 41.56% of pre-pandemic levels; it is slightly less currently.  D.C. is already adding tax incentives and redevelopment plans to encourage businesses to stay.

I grew up in Northern Virginia.  It was bucolic in the 50’s as close in as what is now the beltway.  I would not live there now for any reason.  To say that Fairfax County political leaders failed to plan for the expansion of their county is to beat a long-dead horse.

Will the suburban governments plan for the new trends?  How many people will leave Northern Virginia with their families if they no longer must stay there for work?

At the state level, regardless of the short term outcome of the state government’s current attempt to get state workers back to their offices, government will have a hard time controlling that in the longer term.

Government has no control about the decisions of private companies, including the non-profits with which Virginia is thick.  And no control over peoples’ decisions about where to live.

How will that change the tax bases of the cities and suburbs of those cities and their requirements for tax expenditures.

Will both the tax bases and the expenditure requirements of Virginia localities including rural areas go down or up at the same rates as planned three years ago?  It appears not.

I have no idea what the scale of those impacts will prove to be over time.

It will really depend on the results of thousands of decisions between employers and employees over remote work and family decisions about where to live.

But big changes have come and will continue.

Virginia governments need coherent strategies with which to deal with them.

But they must get the planning assumptions right or, better yet, create several sets of assumptions, model them and test the models regularly for validity over time.  Perhaps the state can coordinate local projects to make sure they have the right resources.

As but one resource, ODU’s Virginia Modeling, Analysis and Simulation Center (VMASC) in Suffolk likely can help.