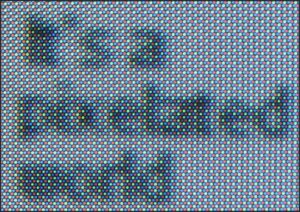 The citizenry relies upon its government agencies to deliver cogent services and determinations consistent with the welfare of the commonwealth. It’s not always an easy task and, sometimes, the outcomes of those representative institutions are, well, confusing, or pixilated.

On August 3, 2022, the State Corporation Commission (SCC) issued a Final Order denying the Virginia Credit Union (VACU) authority to expand its field-of-membership (FOM) to include members of the Medical Society of Virginia (MSV). The denial followed an initial approval three years earlier by the SCC’s Bureau of Financial Institutions. That action was challenged for formal agency review by a group of seven independent community banks represented by the Virginia Bankers Association (VBA).

The petition for review was a proxy battle in a larger national political effort to curtail the growth of credit unions. The national campaign alleged that credit unions were “overreaching” in expanding into new FOM areas, leveraging their income-tax-free status as not-for-profits to conduct business in geographical areas the community banks believed to be unique to their charters and purposes under state and federal laws.

A 2012 FDIC white paper reviewed the status of independent community banks, noting a substantial decline in numbers since 1985 of approximately 11,000 institutions, to 7,830, due to failures, mergers, and consolidations. The decline occurred in a period when larger and aggressive commercial banks increased their investment in digital banking technology, e.g., online and mobile applications, which diminished the necessity of traffic to a brick-and-mortar office. Virginia in 2020 numbered 59 such institutions.

While the mega-sized commercial banks prospered in attracting customers with powerful advertising campaigns for their digital services, independent community banks and credit unions continued to compete in geographical areas focused on local communities. The distinction is that the credit unions, historically, were chartered with a focus on employee groups, such as military, trade union, teachers, government workers, etc.

Credit unions do not have customers but define their user-participants as members who initiate accounts with a share deposit. To be sure, not all 11.9 million members of Virginia’s credit unions reside in or are Virginians. VACU’s website describes and lists criteria for membership including nine geographical jurisdictions; employees or retirees of any state-funded college or university or of any state agency; or employees or retirees of a county, city, or town. The website lists several hundred organizations whose employees and retirees are eligible to be members; services are available to grandchildren of the identified groups and organizations. Qualification for membership appears virtually unlimited and universal. To make its services more attractive, VACU offers financial services to businesses as well. Publicly, the VBA banks chafed that VACU’s strategy was to recruit a statewide group of “highly educated and highly compensated” physicians and other medical professionals, taking away business from taxpaying banks with fewer assets than the credit union.

The opportunity to market to MSV’s 10,000 members, who are physicians and physician assistants, was apparently originated by an individual with deep connections to both organizations. Challenged by the VBA group, the SCC was faced with determining the merits of the claims under state law.

The statute — § 6.2-1328. Expansion of field of membership — endows the SCC with the responsibility to “encourage the formation of a separately chartered credit union.” Alternatively, if not practicable, the SCC can authorize expansion of the FOM of an existing credit union unless such affirmative action finds “potential harm to another insured credit union or its members.” Tracking the rationale of the agency’s Final Order compared to the statute’s proscriptions, as well as the nature of the parties in dispute, leads to the title of pixilated public policy.

No claim or evidence was introduced by the VBA banks that VACU’s strategy to market to MSV competed or frustrated its plans or activities. VBA did not cite any “potential harm” to its business; nor is VBA “another insured credit union.”  In a deft sleight of statutory interpretation, the SCC found that VACU had the burden to demonstrate the practicability of MSV to form its own credit union shifting the “practicability” test onto VACU:

The Commission finds that VACU has not met its burden to show that “the formation of a separate credit union by [MSV] is not practicable, or is not consistent with reasonable safety-and-soundness standards before the Commission “may” authorize MSV to be included in VACU’s field of membership.  (pp. 3 and 4, Final Order)

MSV communication to the SCC that it had “neither the interest nor practical ability to start its own credit union to provide the broad range of services that are currently available from Virginia CU” was rejected in favor of an expert witness introduced by the VBA to the contrary.  The expert offered, without foundation, that MSV could raise the few million dollars of capital required, in part, by a capital campaign involving Virginia hospitals.  No rationale was offered as to the reason Commonwealth hospitals might contribute to a capital campaign for MSV.  This line of reasoning was further buttressed by a finding that MSV failed to conduct a survey to determine the potential to raise capital funds or “otherwise demonstrate that they would be unwilling to contribute to a capital campaign.”  (p. 6, Final Order)

The record is clear that MSV did not seek SCC authorization to create a credit union and had acknowledged “we haven’t pursued forming a credit union and haven’t asked anybody to donate to such an endeavor.”  (p. 6)  Having shifted the burden of demonstrating practicability to the VACU and found MSV’s failure to undertake the initiative, the SCC concluded that VACU’s request to expand its FOM was to be denied and whatever prospects of the 10,000 MSV members was moot. It is difficult to appreciate how the SCC’s decision encourages MSV to create a separately chartered credit union under the statutory provision “shall encourage the formation of a separately chartered credit union.”  If, however, the Commission’s policy intent was to curtail the growth of a particular credit union and curtail its FOM as a threat to the competitive interests of the banks, then it succeeded.

According to VACU, the initial approval by the Commission’s bureau “fully analyzed the … specific criteria required by applicable state and federal law” and approval was granted “primarily because … the MSV could [not] be reasonably to establish and operate its own credit union.” The polar opposites validate that the SCC’s own views are somewhat at odds within the agency and with the statute and public policy.

No clear showing is revealed in the record to support that the public interest, as set forth in the statute, faced “any potential harm” from VACU’s request for expansion. The Final Order actually reveals in a closing line the exact opposite: “We do not authorize MSV to join VACU’s field of membership.” VACU made the request in behalf of MSV while MSV was clear about its intentions. If there was a winner, it was the VBA avoiding competition for depositors. Pavlovian conditioning seems a poor method of encouraging economic entities to behave in the marketplace.

Such pixilated public policy engenders little public confidence among the citizenry about the exercise of authority in the corridors of power. While it may be said that the decision affected just a few organizations and only 10,000 people, the responsibility for the public interest is far broader. This decision simply doesn’t smell right.

Jim McCarthy is a former New York attorney who lives in Virginia.

This entry was posted in Business and Economy, Regulation and tagged Jim McCarthy. Bookmark the permalink.