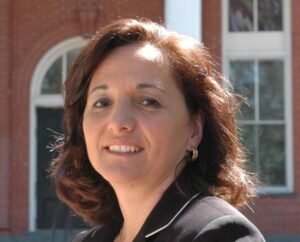 In his order, Judge Plowman said that the prosecutor’s office had entered into a plea deal with a defendant without a “full review of the facts” of the case and was “deliberately misleading the court, and the public, in an effort to ’sell’ the plea agreement for some reason that has yet to be explained.”

In addition to removing and disqualifying Biberaj’s office from prosecution of the case, the judge rejected the plea agreement, appointed the Fauquier County Commonwealth’s attorney to prosecute the case, and recused himself from the case “unless the parties agree otherwise.”

The case involves a 19-year-old man charged with three misdemeanors (two counts of destruction of property and one count of providing false ID to law enforcement) and two felonies (burglaries).  The prosecution recommended a sentence of six months in exchange for guilty pleas.

As one justification for the plea recommendation, Biberaj explained that the two burglaries had happened within hours of each other.  In his order, Judge Plowman said that was correct with respect to the two burglaries included in the charge, but it was a “misleading representation”.  He went on to point  out, “The Commonwealth makes no mention of the instant offenses being two burglaries of a possible twelve burglary crime spree spanning four counties over 10 days.”  The judge also cited the prosecution for ignoring the defendant’s extensive juvenile record and recent confessions and guilty pleas to felony charges in other cases.

Attorney General Jason Miyares gleefully jumped into the fray.  In a letter to the court, he wrote, “it is clear from the Order that the Court has rightfully lost confidence in Ms. Biberaj” and “I wanted to offer to the Court the services of the Office of the Attorney General to either prosecute these cases or assist the Fauquier County Commonwealth’s Attorney’s Office in that prosecution.”

In a press conference, Biberaj responded to Miyares, “’Stay in your lane. Your lane is in Richmond. Your lane is being the Attorney General of Virginia. You are not the elected council attorney and definitely not for Loudoun County.”

Biberaj has appealed Judge Plowman’s order to the Virginia Supreme Court, contending that the judge does not have the authority to remove her office from the prosecution of a case in Loudoun County.

In the meantime, an advocacy group has filed an ethics complaint against Biberaj with the Virginia State Bar.

I understand and sympathize with Biberaj’s general desire to go easy on a young man who rashly made a “knucklehead” decision and owns up to it.  But she (or her assistant who initially tried the case) picked the wrong defendant as a candidate for restorative justice.  Based on the judge’s description of the defendant’s record, this guy is a serial thief.  The irony is that, if she really wanted to help this guy to mend his ways, it would have been better to have recommended a sentence of at least two years so that he could be transferred to the Department of Corrections (DOC), which has some programs designed to address his criminal tendencies.  A six-month sentence would have been served in the Loudoun County Jail.  Generally, defendants who serve all their time in jail, rather than in DOC facilities, have a much higher record of recidivism.

The bigger problem for Biberaj and her office is that she has lost the confidence of the judge.  No lawyer or prosecutor wants to get on the bad side of a judge.  Judge Plowman’s order is damning, pulling no punches with conclusions like this:  “The representations contained here are drafted to mislead the reader and lack the appropriate level of candor with the court required of Virginia’s attorneys.” (Emphasis in original.)  The text of the order can be found here.

One does not pick a fight with a judge, especially one that you will have to work with over the next three years.  Such a fight cannot be won.

This entry was posted in Courts and law, Crime , corrections and law enforcement and tagged Dick Hall-Sizemore. Bookmark the permalink.