Parents’ Rights Are On The Virginia Ballot. Again. 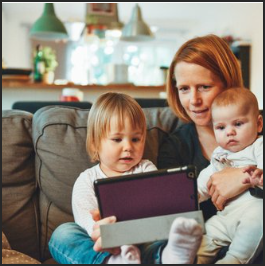 So far at least four liberal school districts in the commonwealth have declared that they will defy Virginia’s Department of Education model policies on parental rights that were unveiled late last week.

You know, policies that contain “radical” ideas such as these:

Oh, and here’s the new definition of “transgendered”:

The phrase “transgender student” shall mean a public school student whose parent has requested in writing, due to their child’s persistent and sincere belief that his or her gender differs with his or her sex, that their child be so identified while at school.

This means that students who present themselves as a gender other than the sex they were given at birth without their parents’ permission will not be allowed to change their identities in school.

Under the new policies, school officials will no longer be able to keep secrets from parents.

Normal people believe that’s a good thing, by the way.

Schools should not be teaching children to keep secrets from their parents. It undermines the parent-child relationship.

Feminists should stand up and cheer the new policy. After all, these new regs protect girls who — until the last governor’s administration — had enjoyed an absolute right to privacy in areas of public schools where they routinely disrobe. As it stands in some districts now, any boy who claims to be transitioning can use the girls’ lavatories and locker rooms.

Biological girls have rights, too.

The Democrat strongholds of Arlington, Falls Church, Alexandria and Richmond have signaled that they plan to continue their anti-family policies that keep parents in the dark about their child’s behavior in school.

Presumably, in those defiant districts, boys who say they identify as female will be allowed to invade areas traditionally reserved for girls and teachers will be compelled to conceal their behavior from parents.

It remains to be seen if these school districts will also continue to cover up sexual assaults on school property if those crimes are committed by boys dressing as girls.

It is not a winning issue, as we learned last November

Admit it, Governor Glenn Youngkin may be new to politics, but he’s showing himself to be a political genius.

This entry was posted in Children and families, Education (K-12), LGBQT rights and tagged Kerry Dougherty. Bookmark the permalink.