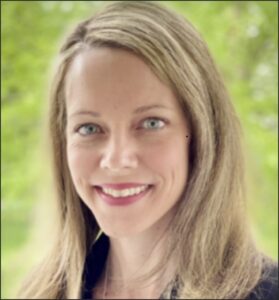 It has been the conventional wisdom for some time now that Governor Glenn Youngkin’s winning gambit in his race against Terry McAuliffe was tapping into the parental rights movement. Parents furious about the injection of wokism into public schools were emerging as a new political dynamic, and Youngkin was the first gubernatorial candidate nationally to tap into it.

Youngkin wasn’t on the ballot this November, but many school board candidates were. So, how did the parental rights movement fare?

The Virginia Public Access project (VPAP) identified 17 school board races across Virginia where at least one candidate made the parental-rights agenda championed by Younkin the centerpiece of the campaign. Eleven won, six lost.

Parental-rights advocates won in red-leaning counties such as Augusta, Bedford, Isle of Wight, and King George but lost in two small cities: Staunton and Harrisonburg. In Loudoun County, which was ground zero for Virginia’s K-12 culture wars, Tiffany L. Polifko is reported to cling to a narrow plurality, but in the Leesburg district the parental-rights candidate fell short.

The movement gained the most traction in Hampton Roads: specifically in Virginia Beach and Suffolk. Parental-rights candidates won the two Suffolk seats up for grabs, while in Virginia Beach, they snagged four of six seats. Not mentioned by VPAP, Chesapeake elected six new Republican-endorsed candidates to the school board.

Meanwhile, conservatives picked up a seat on the Manassas School Board.

It looks like school board priorities will look very different in south Hampton Roads’ suburban localities — Virginia Beach, Chesapeake and Suffolk. There may have been no red wave nationally, but clearly there was a red wave locally. If Virginia public schools are capable of being reformed, this is where the change will be most obvious.

Outside of Hampton Roads, however, the results were decidedly mixed. Winning seats in conservative, red-leaning rural counties likely won’t bring about significant changes. I can’t imagine that many school board members in Augusta or Isle of Wight were very woke to begin with.

Meanwhile, almost nothing changes in deep-blue Northern Virginia, where many of the most intense controversies raged. I expect Polifko to be a breath of fresh air on the Loudoun board, but she will likely be on the losing side of the most controversial votes.

Many localities held no school board elections this year, so it’s possible the parental-rights movement will make further gains next year. But there are no guarantees. One thing for sure, nothing in the election results in 2022, either nationally or in Virginia (outside of Hampton R0ads), will discourage woke school officials from pushing their agenda of racial “equity” and transgender rights. The re-election of Democratic incumbents across Northern Virginia provides cover for woke school officials. Insofar as the winning congressional candidates lean left on culture war issues, Northern Virginia educators can justifiably conclude that the election results affirm general acceptance of the woke worldview.

The culture wars will continue to rage. The parental-rights movement registered real gains, but the forces of wokeness are deeply entrenched. Now that campaign season is over, we can hope Youngkin will dedicate more effort to proving that he can bring about change in a blue/purple state.

This entry was posted in Education (K-12), Elections and tagged James A. Bacon. Bookmark the permalink.