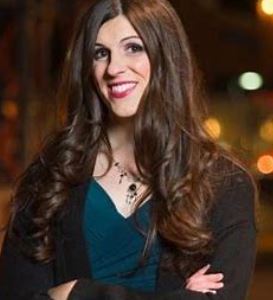 I’m surprised this hasn’t caused an uproar yet: In his newly revised budget, Governor Ralph Northam wants to guarantee that transgender enrollees in Virginia’s expanded Medicaid program have access to “gender-affirming” care.

“This is an important equity issue and a critical part of making our commonwealth welcoming and inclusive of all,” Northam spokesperson Alena Yarmonksy told The Virginia Mercury.

The Mercury cites an estimate that 34,500 transgender people live in Virginia, of whom 2,000 are on Medicaid. Medical treatments can range from counseling to hormonal therapy and gender reassignment surgeries. If the General Assembly adopts Northam’s budget language, Virginia would become the 19th state to explicitly state that Medicaid covers transgender treatments.

“Transgender individuals face a tremendous amount of stigma in society,” said Dr. Chethan Bachireddy, the chief medical officer overseeing Virginia’s Medicaid program. “An affirmative policy not only says, ‘This is what we’re doing,’ in a way that’s explicit and public. But it’s also helping to reduce some of the stigma that might be associated with seeking care related to gender dysphoria.”

Gender dysphoria — when a person’s psychological identity doesn’t align with his or her biological sex — exists in all societies. Across most countries, though, it is extremely rare — on the order of one person in a thousand. The ratio varies somewhat country by country. In Thailand, where transgendered people have long been recognized as a third gender and integrated into broader society, the percentage is higher. In Japan, with its intensely conformist culture, it is far lower.

If the Virginia Mercury’s number is accurate — and the Mercury suggests that the number may be under-reported — one in 240 Virginians identifies as transgender, significantly higher than international norms. Perhaps more people are coming out of the transgender “closet.” Alternatively, perhaps there is a faddish element to identifying as transgender. While transgenders may be stigmatized in environments where traditional values prevail, they are surrounded by approval and affirmation in places where progressive values prevail.

Traditionally, American psychology has considered gender dysphoria to be a psychological disorder. But that’s now changing as contemporary American culture throws all sexual and gender roles up for grabs. Rather than dysphoric individuals conforming to society, society now must conform to dysphoric individuals — not only accommodating and approving their gender choices and lifestyles but paying for their gender reassignment surgery.

I’m inclined to believe that gender dysphoria in some instances is real and deeply rooted in the psyches of some individuals and also a transient phenomenon subject to cultural fashions among others. In the U.S. today, the faddish element is particularly prevalent among teenage girls who, in seeking an explanation for stress, anxiety, and depression, often turn to anorexia, bulimia, cutting, and gender dysphoria, among other self-destructive behaviors.

Inclined to libertarian thinking, I don’t really care whether people self-identify as males, females, metrosexuals, girly men, pajama boys, transgenders, or whatever. What they do is their business. That stuff isn’t for me, though, and I’d be upset as hell if one of my children decided he or she were transgender, but it’s a free country. There are some wrinkles to iron out — which bathrooms do transgenders use? do transgenders compete in male or female sports? — but they aren’t earth-shakingly important and we can deal with them.

I draw the line with two things.

First, we as a society should not be subjecting gender-dysphoric children to hormonal therapy or surgery that can permanently alter their appearance. Many supposedly transgendered people are just confused. Many change their minds and regret disfiguring themselves. Pushing transgender treatments on children is downright evil — and I don’t use that word lightly. Just as the commonwealth bans drinking, driving, and other activities for the under-18 crowd, so it should ban transgender treatment. Once people turn 18, well… it’s a free country.

Second, I have big problems with using taxpayer dollars to pay for transgender treatments. If women feel better about themselves by getting breast implants, that’s on them. If men think they will feel more manly by getting penis-enhancement surgery, that’s on them. Same thing with transgenders. If they want to replace their sex organs to align with their sexual identity, that’s on them. Don’t ask for taxpayers to pick up the tab for plastic surgery.

This entry was posted in Culture wars, Health Care, LGBQT rights and tagged James A. Bacon. Bookmark the permalink.