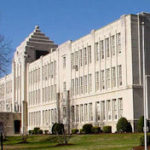 More than 1,500 parents, students and alumni of the prestigious Thomas Jefferson High School for Science and Technology have petitioned Governor Ralph Northam to halt the “secretive and bigoted, anti-Asian, anti-immigrant effort” to substitute race-based admissions for the meritocratic admissions criteria now in place.

The petitioners accuse Secretary of Education Atif Qarni of using Thomas Jefferson and other elite Governor’s schools around the state as a “Petri dish for experiments in social engineering.” They share the goal of increasing the number of black, Hispanic and economically disadvantaged students at “TJ,” as the Fairfax-based science and technology school is known, but not through the use of “short-sighted race-based solutions.”

The school created a furor this summer when it publicly released the admissions statistics for the entering class. Seventy-three percent were classified as Asian, 18% as white, 6% as multiracial and other (including black) and 3% Hispanic.

Without notifying the public, Qarni, select Democratic Party legislators, other educators, and members of a “Diversity/Equity/Inclusion Group” met online July 24 to discuss how to increase the number of Black, Hispanic and low-income students at the state’s 19 Governor’s Schools. It is expected to issue recommendations in a few days.

First, TJ is an excellent school with a long tradition of providing a world-class education for academically advanced students in STEM fields, and it is a magnet for businesses, families and investment in Fairfax County. U.S. News & World-Report lists TJ as the No. 1 high school in America.

Second, changes proposed by the Northam administration will have a disproportionate impact on Asians and immigrants, who make up 70% of the student body.

“There can be no claims of this TJ overhaul battling ‘white privilege,'” the petition says. ‘There is simply no equitable or moral basis for this task force admitting certain students based on race and forcing out immigrants and other people of color who have gained admission to TJ based on merit.”

There is a name for these policy considerations. it is called RACISM, and racial discrimination and “race leveling,” which these efforts are clearly promoting, are unconstitutional. It is particularly galling to the Asian and immigrant members of this group that policy makers making decisions about the future of TJ are powerful and privileged US citizens, many of them white.

In short: we are outraged.

Third, the contemplated changes threaten to undermine the reputation and academic integrity of TJ by severing TJ’s admissions from admissions based purely on academic merit.

The changes likely won’t do black or Hispanic students any favors either.

We anticipate that many of [students admitted for non-meritocratic reasons] will struggle academically or lead the school to revamp its curriculum to make it less academically advanced. A far better course of action is to improve the pipeline to TJ through the county’s Advanced Academics Program, the Young Scholars Program, nurturing students from underrepresented communities, and other initiatives to support these students.

Finally, we question the legitimacy and lack of transparency of this task force.

Secret task forces meeting in private under the guise of being “informal” smacks of back room political dealing and is grossly undemocratic. There should be transparency and much greater opportunity for public comment in this entire process that so importantly affects so many families in northern Virginia.