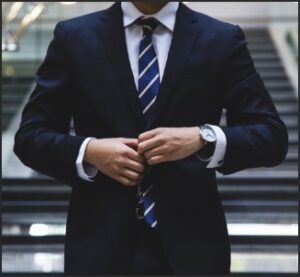 Let’s be frank, shall we? Republicans can’t win elections in Norfolk. They don’t even bother recruiting candidates to run in most races.

Why waste the money and effort?

Since 2009 — as far back as I checked- – Norfolk’s Democrat commonwealth attorneys have run unopposed.

While former Norfolk Commonwealth Attorney Gregory Underwood had his problems — a DUI charge that grew out of a sobriety stop and eventually became simply a refusal to submit to a breath test — he was a law and order guy compared to the current occupant of that office, Ramin Fatehi.

We’ve written about Fatehi’s adventures in not doing his job before. Most recently on Nov. 2 when his ineptitude resulted in a man accused of a triple murder walking free.

The case of Antoine M. Legrande Jr. even caught the attention of The Virginian-Pilot, probably because one of its reporters, Sierra Jenkins, was allegedly shot to death by the suspect who is now walking the streets.

A hideous crime and senseless loss of a talented young writer. Jenkins was just 25 when she died in a late-night shooting outside Chicho’s on Granby Street.

Her killer may go unpunished.

In a Sunday piece headlined, “Missteps Plague Top Norfolk Prosecutor: Ramin Fatehi Under Scrutiny For Mishandled Cases, Rejected Plea Deals” the paper reported on a number of violent felonies that resulted in lenient sentences or dismissed cases due to the lackadaisical prosecutor.

On top of what the newspaper characterizes as simply “missteps,” assistant commonwealth’s attorneys are fleeing the office as they see judges reject their lenient plea agreements.

Anyone paying attention wouldn’t be surprised. After all, Fatehi’s one of an estimated 75 prosecutors around the country bankrolled by far-left Democrat contributor George Soros who is attempting to single-handedly remake the American justice system into one where criminals walk.

In a 2019 article headlined, “PAC Funded By George Soros Pumps Nearly $1 million Into Local Races For Prosecutor,” The Washington Post quoted experts expressing shock that outside sources with political agendas were pouring so much money into small, local races.

That was two years before Soros’ “Justice and Public Safety PAC” would toss $177,231 into the coffers of Democrat candidate for commonwealth’s attorney Ramin Fatehi, indirectly making Soros his largest donor.

What’s unusual is Fatehi was running unopposed. He finished with 95.78% of the vote.

According to The Post, Soros-funded PACs have donated heavily to prosecutors’ ­races in counties and cities across the country in recent years as part of a strategy to push liberal criminal justice policies. Local prosecutors wield broad powers over who is charged, what offenses they face and how long they serve in jail, so a reform-minded prosecutor can have a major impact on the system.

Norfolk is paying the price for its soft-on-crime chief prosecutor. Murders are up 50% and Granby Street has become such a law enforcement nightmare that City Hall is shutting down clubs.

It’s a cliche, but it’s true: elections have consequences.

When Norfolk voters simply cast their ballots for the Democrat in every single election, this is what they get: an unsafe city and a prosecutor who isn’t doing his job.