No, Joe, They’re Not Your Kids 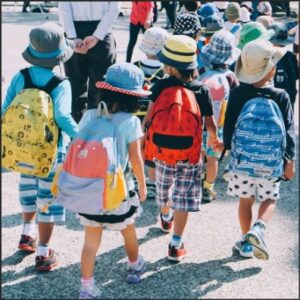 Let’s try this again, for those eating paste in the back of the class:

Children belong to their parents. Parents don’t surrender their rights to the people paid to educate their offspring when they drop their kids off at school. Parents want to know what’s being taught in the classroom and they have a right to have a say in it.

Yet, just months after Terry McAuliffe lost his bid to become governor of Virginia, Joe Biden made the same mistake that cost McAuliffe the Governor’s Mansion.

“I don’t think parents should be telling schools what they should teach,” snapped McAuliffe during a debate with Glenn Youngkin last year.

Those 12 words set him on the path to defeat.

They also appeared repeatedly in Youngkin for Governor ads and they resonated. Especially because the National School Boards Association had just written a letter to Biden’s Department of Justice asking that disgruntled parents be declared domestic terrorists.

Just this week Biden doubled down on this parents-don’t-matter philosophy. On Wednesday, at an event honoring teachers of the year, Biden spoke the quiet part of the left-wing agenda out loud:

“You’ve heard me say it many times about our children, but it’s true: They’re all our children,” the president said. “And the reason you’re the Teachers of the Year is because you recognize that. They’re not somebody else’s children; they’re like yours when they’re in the classroom.”

Wrong, wrong, wrong, Joe. They are not your children. And they aren’t teachers’ children either. These kids belong to their parents. When they’re in school, they’re the teachers’ STUDENTS.

The teachers are paid to educate their students. They are not paid to be friends with the kids. Neither are they paid to take the place of parents.

They are not there to share information about their private lives with the children and they are not there to take confused children to the “transition closet” where the kids can dress up and parade around school as their gender of choice, while parents are kept in the dark.

Yes, transition closets are a thing. Look it up.

Teachers have no business telling children that their parents may have “guessed” incorrectly about their gender. Neither should they be sharing information about their own sex lives.

If a child asks why Heather has two mommies, the teacher should reply that all families are different and add, “Ask your parents for details.”

What’s dangerous is that some teachers — not all, not a majority — want to go beyond academic subjects in the classroom. They want to foist their politics and their peculiar world view on young minds.

It’s an act of trust to send children off to school for eight hours a day. Teachers have a duty not to violate that trust.

In the words of Pink Floyd, “Leave the kids alone.”

This entry was posted in Children and families, Education (K-12) and tagged Kerry Dougherty. Bookmark the permalink.