More “Not CRT” Indoctrination at JMU 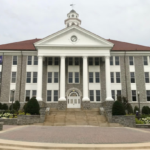 Gubernatorial candidate Terry McAuliffe calls the outcry over Critical Race Theory in Virginia public schools as a “right-wing conspiracy.” Governor Ralph Northam terms it “a dog whistle that Republicans are using to frighten people.” Defining CRT narrowly, as an abstract legal theory dating back to the 1930s, Virginia media outlets from The Washington Post to Virginia Public Media have repeated Democratic Party talking points that CRT is not “taught” in public schools.

The most delicious quote comes from Juli Briskman, a member of the Loudoun County Board of Supervisors, who said the political backlash is due to an “ill-informed misinformation campaign designed to poke and inflame white fragility through fear mongering.” The phrase “white fragility” is a term commonly used by those who apply Critical Race Theory to the discussion of race. This left-wing narrative divides the country between oppressors and oppressed, defines whites as the oppressors, and holds that most Americans are racist, structural racism is endemic, and Americans who deny they are racist are in fact racist, in essence, guilty of… white fragility.

A rose by any other name is still a rose, to paraphrase that dead white man William Shakespeare. Yet while Democrats and their media allies proclaim, “There’s nothing to see, move along now,” the evidence of that CRT– by whatever name you call it — is being applied in Virginia educational institutions continues to roll in.

From Fox News, we now read that James Madison University is training student employees that people who identify as male, straight, cisgender, or Christian are “oppressors” who engage in the “systematic subjugation” of other social groups.

The video defined an “oppressor” group as one that has the power to define reality for themselves and others, and in turn, the “target” groups “take in and internalize the negative messages about them and end up cooperating with the oppressors (thinking and acting like them).” …

The JMU training materials listed the various races and nationalities they considered “privileged” or “agents” and those they characterized as “oppressed” or “targets.” Among the privileged, according to the presentation, are people who identify as male, cisgender, heterosexual, heteroromantic, Christian, White, Western European, American, upper to middle class, thin/athletic build, able-bodied, or ages 30s to early 50s.

Among the oppressed groups, according to the presentation, are people who identify as Black, Asian, Latinx, non-Western European, LGBTQ+, homoromantic, Muslim, Jewish, working class, overweight, or disabled, among others.

A JMU statement defended the training. “The training was held to help ensure that every student guide for freshmen orientation had the tools and understanding to work with incoming students, who might have a different background than their own. At JMU, we strive to create an inclusive and welcoming community for all students.”

All students… except heterosexual white males.

Update: JMU has announced that it has “paused” the training in order to review it.

Bacon’s bottom line: We are constantly told of the need to have an “honest dialogue” about race. What a farce. We can’t even have an honest dialogue about what’s being taught in our public schools and universities, much less a dialogue about the substance of what’s taught.

One of two things must be true: Either McAuliffe and Northam are totally ignorant of what’s happening inside Virginia’s educational system or they are deliberately obscuring what’s being taught because they don’t think it will play well with voters.

Ignorance, delusion or deceit, which is it? Take your pick.