More Morrissey! We Can’t Get Enough! 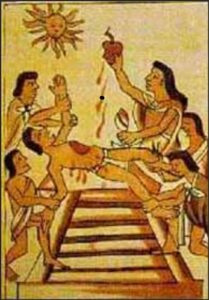 Love him or hate him, Senator Joe Morrissey, D-Richmond, is hands down the most colorful politician in Virginia. The list of his transgressions against ethics and law is too long belabor here. I refer you to his Wikipedia biography, specifically the sections on “Reprimand, suspensions and first law license revocation,” “Conviction for delinquency of a minor,” and “Second law license revocation” for the details.

Now local NAACP activist Lafayette Jefferson is charging Morrissey with threatening him with violence. During a meeting about casino legislation, Morrissey reportedly told Jefferson, “I’ll rip your heart out of your chest.”

I will concede that such inflamed rhetoric may be described fairly as intemperate. But I will rise to Morrissey’s defense. From the account provided in the Richmond Times-Dispatch, Jefferson had it coming.

Morrissey is a charming rogue, as evidenced by the fact he has fathered a total of six children by four different women — most recently by his wife Myrna Warren, with whom he had sex when she was a 17-year-old receptionist at his law firm. He was charged with contributing to the delinquency of a minor, served a three-month work-release sentence after entering an Alford plea, and then married the young woman and has had three children with her. By all outward appearances, they are happily married and devoted to one another.

In a 2019 Facebook post, Jefferson, who is president of the Petersburg chapter of the NAACP, compared the relationship between Morrissey and Warren to that between Thomas Jefferson and Sally Hemings. Jefferson is alleged to have kept Hemings, a slave at Monticello, as a concubine, and some have characterized their relationship as rape.

The subject of the Facebook post came up during a Monday meeting in the General Assembly office of Delegate Kim Taylor, R-Chesterfield, on the topic of allowing Petersburg voters to hold a referendum to approve a casino. During that meeting, Morrissey confronted Jefferson about his Facebook post.

Morrissey, in an interview, confirmed he made the threat to Jefferson. “He put a posting that referred to my wife being concurrently and continually, and I’m going to spell it because there’s a lot of little ears around, [raped],” Morrissey said. “And I’ll repeat it again. If he ever does anything that threatens my wife or children, that’s exactly what I’ll do.”

Capitol police have confirmed they responded to an incident involving a dispute between a lawmaker and a citizen who reported that he had been physically threatened.

I’ve got to say, I haven’t seen Jefferson’s Facebook post, but by the description of it, it was extremely offensive — both to Morrissey and his wife. Given all that the couple had endured, I can understand how Morrissey would be especially protective of her. There was a time when Jefferson’s Facebook post would have been termed “fighting words” and Morrissey would have been respected for defending his wife’s honor.

Let us bear in mind: Morrissey did not actually assault Jefferson. No person would take literally Morrissey’s promise to rip Jefferson’s heart, Aztec human-sacrifice style, from his chest. Furthermore, if there was any threat implied in Morrissey’s words, it was contingent upon Jefferson’s doing “anything that threatens my wife or children” in the future.

Morrissey was being heated, melodramatic, and argumentative. What a surprise. That’s why we find him entertaining. I think it’s cool that he defended his wife’s virtue and honor. Good for him. We could use more of that these days.

This entry was posted in Crime , corrections and law enforcement, Ethics and tagged James A. Bacon. Bookmark the permalink.