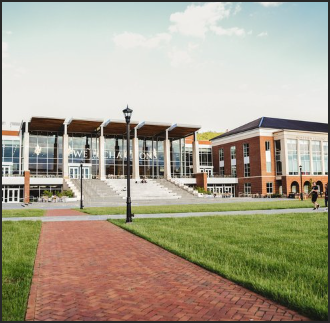 You could almost hear the local media panting Tuesday morning. There were rumors that some Virginia high school students were going to walk out of school to protest the new parental rights policies of the Youngkin administration.

You know, the Department of Education regulations announced earlier this month that support the principle that parents are the ultimate authority over their own kids.

I wrote about this reversal of Ralph Northam’s policies on parental authority last week.

That’s nonsense and if members of the media took the time to actually READ the language of the regulations, as I did, they would know it.

Any transgendered child whose parents provide written permission to the school will be allowed to dress as they like and use facilities normally reserved for the opposite sex.

What will come to a halt, however, is the practice of schools hiding transgendered children from their parents.

You see, woke school officials fear some parents might not do cartwheels and hang pride flags from their front doors if their child announces that he or she is now “they.” And anything short of a celebration of transgenderism is the “wrong” way for parents to react, according to AFT president Randi Weingarten and her left-wing disciples.

Children must be protected from “bad” parents who might, for instance, seek mental help for a confused child. Or parents who might decide that their offspring is simply going through a phase and as a consequence, might forbid their sons to wear dresses and makeup to school.

In the woke world, it’s the government, the schools and the militant teachers’ unions that know what’s best for kids.

Never mind that despite the urging of the ACLU and other radical groups, the walkouts Tuesday in this corner of Virginia were a bust. Nevertheless, they received outsized media coverage and sympathetic stories from woke reporters, who no doubt happily allowed their so-called sources to exaggerate the number of participants.

In a story headlined “Protesting Youngkin’s New Transgendered Policies, Hampton Roads Students Join Statewide Walkout,” The Virginian-Pilot attempted to give the anemic events legitimacy without bothering to attend the walkouts.

Get a load of the sources they used for crowd estimates.

“Student organizers” at Warwick High School in Newport News estimated that 150 students — out of a student body of 1,591 — walked out.

Since when do organizers get to estimate crowd size? That’s the New Journalism, I suppose. Phone it in and let activists supply the “facts.”

At First Colonial High School, home to 1,808, “student organizers” expected 50 to walk out. No reporting as of Tuesday night on how many actually left their classes.

Only in the woke world of left-wing journalism.