McDermid for Secretary of Administration 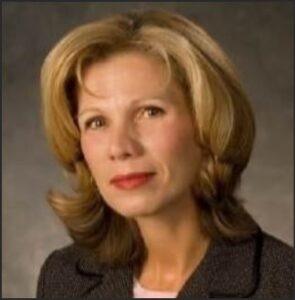 The latest Glenn Youngkin appointment: Lyn McDermid as Secretary of Administration. Ordinarily, that is a low-key position. But, according to the press release, Youngkin is entrusting her with several high-profile tasks: revamping Virginia’s cyber-security system, fixing the Department of Motor Vehicles, repairing the Virginia Employment Commission, and the old chestnut, “root[ing] out waste, fraud and abuse.”

McDermid has IT credentials out the wazoo — most notably, she served as chief information officer for the Federal Reserve Bank between 2013 and 2020 — and she is highly respected in the Richmond business community.

There is one small but telling detail in the press release, which lists McDermid’s many affiliations by name, and mentions that she had served as chief information officer at an unnamed “Richmond based Fortune 500 company.” That company was Dominion Energy. Is Team Youngkin trying to distance itself from the company, which was the architect behind the Virginia Clean Economy Act and its goal of a zero-carbon electric grid? Stay tuned.