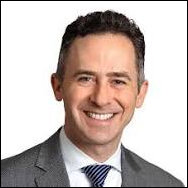 In a Sunday op-ed in the Richmond Times-Dispatch, Richmond city school Superintendent Jason Kamras opined on “institutional racism” in Virginia schools. In building his case for the existence of such injustice, he cited the supposed disparity in funding, writing:

According to the National Center on Education Statistics, Virginia’s highest poverty school divisions — which serve large percentages of children of color — receive 8.3 percent less in per pupil funding than the state’s wealthiest districts. Put plainly: the students who should be getting more are actually getting less. If all the children in our poorest school divisions were white, I am certain the commonwealth would have found a way to fix its convoluted and unjust funding policies so that our lower-income communities received more.

Really? Let’s look at the numbers. The following data come from the Superintendent’s Annual Report for Virginia based on FY 2016 budgets:

Looking at statewide averages is meaningless. There is a wide gulf in the cost of living and prevailing wages between the wealthy localities of Northern Virginia and the less affluent counties of the Rest of Virginia. High spending in NoVa skews the statewide numbers. The relevant comparison in ascertaining disparities in funding is between schools districts in the same labor market. In the Richmond metropolitan area, the City of Richmond spends roughly 40% more per pupil than its labor-market peers in Hanover, Henrico and Chesterfield with predominantly white schools systems.

(Kamras’ claims also overlook the fact that Virginia’s school funding formula is designed to transfer wealth from affluent localities to poorer localities, and it ignores the larger question of the relationship between per-pupil spending and educational outcomes, which is essentially nil.)

The problem in Richmond schools is not a lack of money — it’s a history of disgracefully inept administration. If Kamras has a saving grace as an education executive, it’s that he implicitly acknowledges the wastefulness of Richmond school spending in his latest budget. He has proposed whacking 49 positions out of the bloated central administrative staff to save $3.2 million — part of $13 million he wants to cut out of the $300 million budget.

I applaud Kamras’ willingness to make tough budgetary decisions such as cutting staff and reallocating funds to such necessities as bathroom maintenance. But his rhetoric on institutional racism in school funding is intellectually dishonest. If Kamras were President Trump, the fact-checking brigades would award him five Pinocchios and accuse him of lying. Perhaps the rhetoric gives Kamras the political cover he needs to make the hard choices, but it serves a false and destructive narrative of racial grievance.

This entry was posted in Education (K-12), Efficiency in government, Poverty & income gap, Race and race relations and tagged James A. Bacon. Bookmark the permalink.