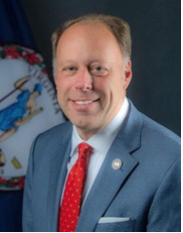 I have written about the initiatives of the Youngkin Administration to help Petersburg improve the economic situation and quality of life in that city.

Petersburg is last in education of children, last in health outcomes and factors, last in public safety. It is an economic basket case.

The Youngkin administration and the Attorney General are focusing on mitigating the worst case — Petersburg.

They will support the efforts of the mayor, government, non-profits, and industry — including business and the citizens of Petersburg — the way it must be to succeed.

I have applauded the governor’s initiative as both right and brave. These are now what Teddy Roosevelt called “men (and now women) in the arena.” An arena that they created on Monday.

John Littel, the Virginia Secretary of Health and Human Resources, is in the center of that arena. He knows well where the problems lie.  He knows what has been tried and failed to mitigate them.  He granted me an interview.

He answered a tough question that I will discuss today.

Mr. Littel, after a career in the health plan industry, is well aware of Petersburg’s health problems.

Petersburg Health Issues. We will check the 2022 Virginia State Report of County Health Rankings & Roadmaps (CHR&R) for details. The University of Wisconsin Population Health Institute created CHR&R for communities across the nation, with funding from the Robert Wood Johnson Foundation.

The Virginia State data for 2022 did not leave any room for doubt — Petersburg is the worst. The city was ranked 133 and last in both health outcomes and health factors.

And the rankings were not a close call.

When outcomes and factors sub-rankings were calculated, here are Petersburg’s rankings out of 133 jurisdictions. The data baselines for these measures were generally 2019 and 2020: 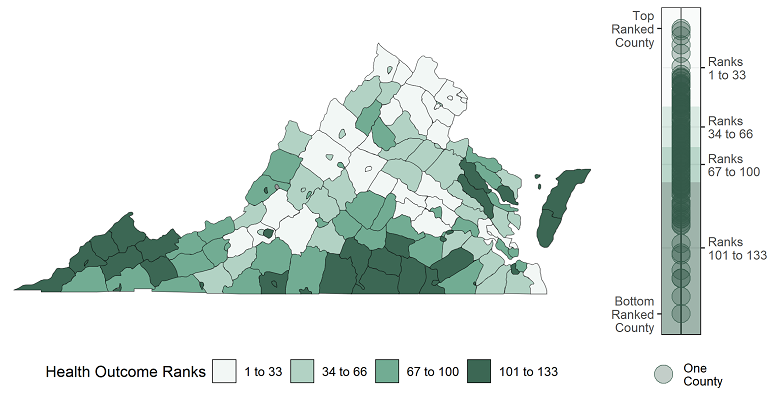 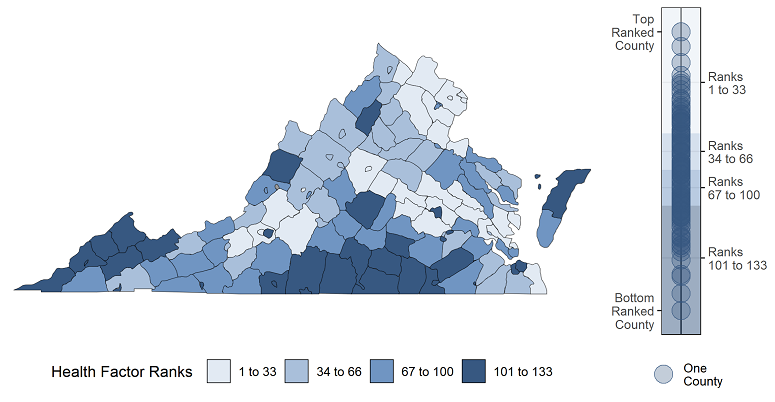 The purchase in 2020 of Southside Regional Medical Center in Petersburg by Bon Secours, a Catholic charity, will certainly help. The previous ownership, a financially troubled for-profit system, showed no commitment to community health.

The people of Petersburg widely distrusted that hospital under its previous ownership, and with good reason. It was rated by Medicare as one of the worst hospitals in the nation.

The governor’s initiative, I am sure, will put Bon Secours out front with the message that Southside Regional is now in more caring and capable hands.

New initiatives. In Petersburg on Monday the Secretary laid out in broad strokes his views and plans for supporting the government and citizens of Petersburg to make improvements.

The Commonwealth of Virginia and community partners will work together to improve the health of Petersburg residents by expanding access to screenings, promoting awareness of primary care and prenatal care, and addressing health disparities by connecting Petersburg residents with medical and social services.

Medicaid Managed Care. The Secretary was President of Magellan of Virginia, now Molina Healthcare, a Virginia Medicaid Managed Care Organization (MCO). He well knows that statement reflects what MCO contractors have been working to achieve across the state and the country. They have achieved results in many places, but not in Petersburg.

The Secretary listed Virginia’s Medicaid Managed Care (MCOs) as partners in the effort. 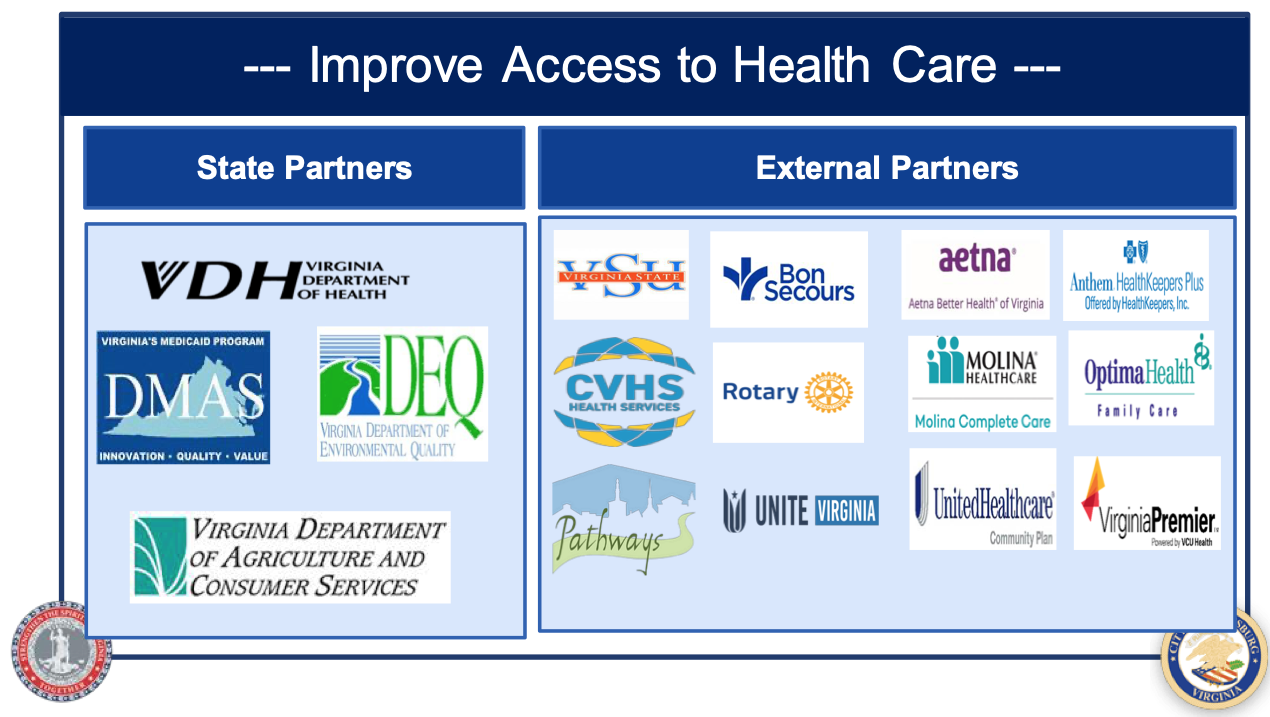 So, I asked him a question that has bothered me:

Why have those MCO contractors been unable up to now to achieve their goals in Petersburg in improving health outcomes and factors?

He answered directly and without pause:

Medicaid managed care was premised on the idea that being in the community and in members’ homes, working with local providers, nonprofit organizations and others can significantly improve health outcomes. It is among the best tools states have to address health disparities.

The MCOs have done and are doing a lot of good things in Virginia, similar to what they do in other markets.

Some of the issue in Petersburg relates to historical issues and also the unwillingness of the much of the population to access care.

It’s a bit of “learned hopelessness.”

We are going to hold Virginia MCO‘s accountable to the metrics and outcomes that we expect in these contracts.

But we also have to go further and have a significant community-based approach and engagement. In particular, more and a higher level of community health workers could be key to success. 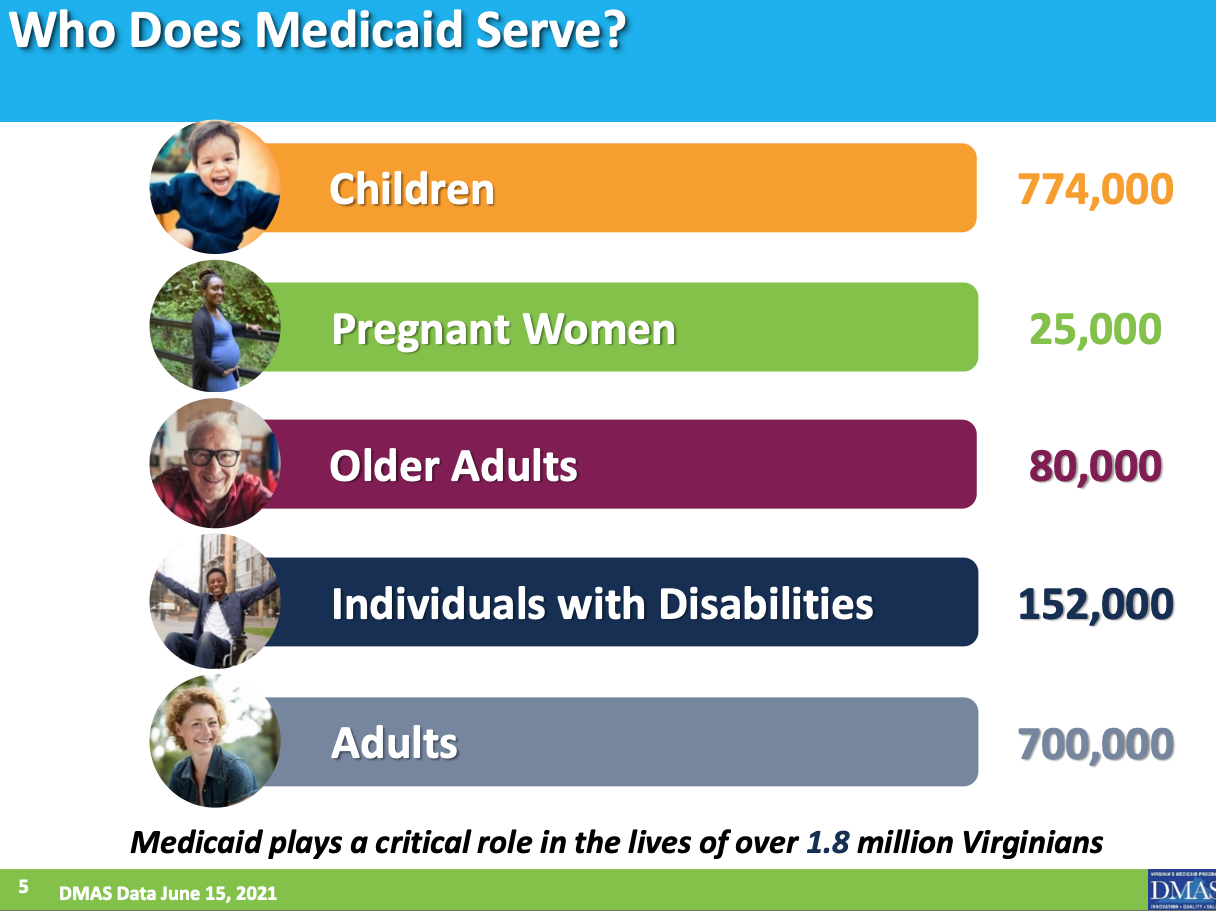 The presentation further stated, again more than a year ago, that managed care has focused on improving the member experience:

• Member services, including educating members on benefits, 24/7 nurse advice line, social media, mobile apps, home visiting, wellness programs, etc.
• Care coordination.
• Prevention and population focused
services and programs.
• Comprehensive networks.
• Assistance with social determinants of health, such as food, housing, and barriers that could have an impact on health equity, and the member’s health and well-being.

Here is what those contractors do for their money: 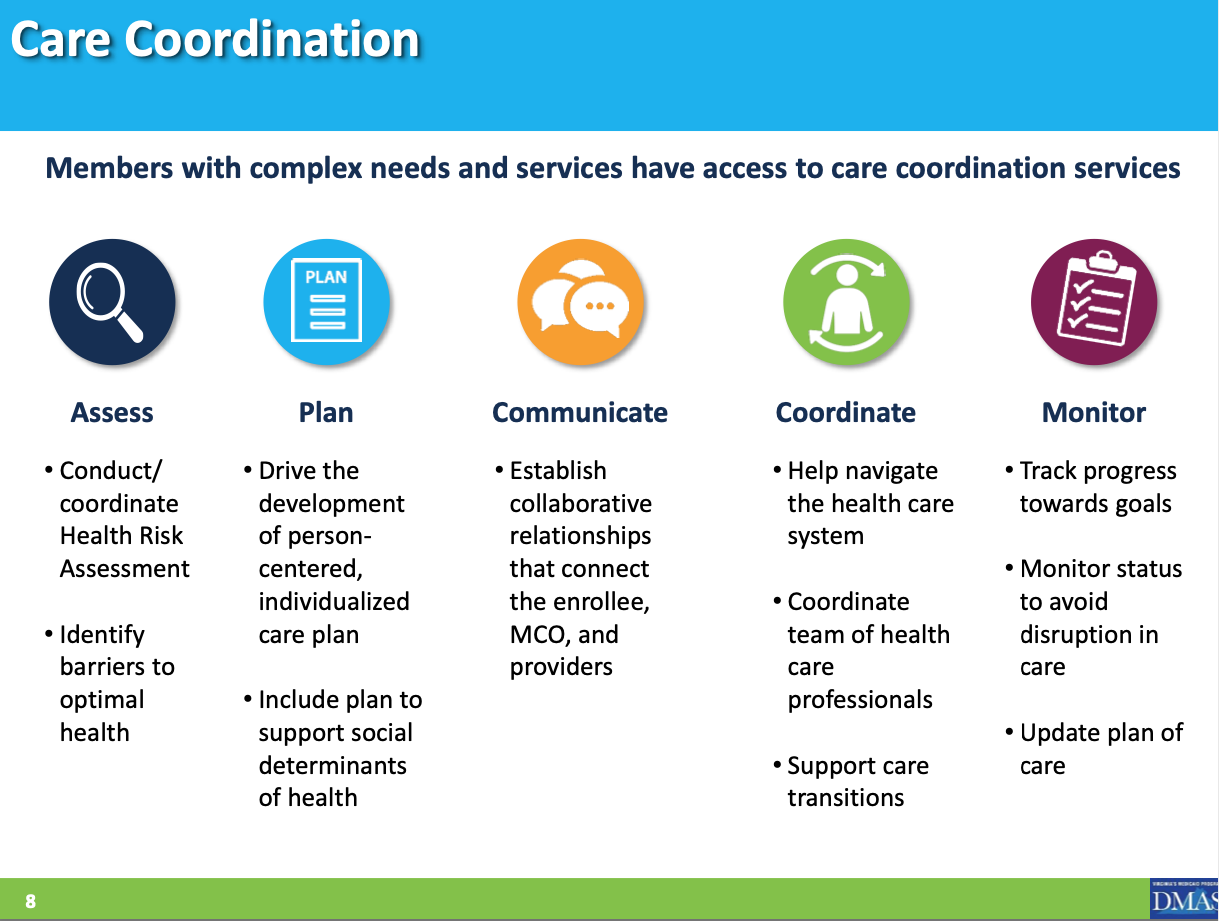 Here are the MCO contractors:

To translate for readers: Optima and Virginia Premier are controlled by Sentara.  Molina in Virginia was Magellan before a 2020 purchase of the company by Molina.

It has not worked in Petersburg.

Some of the reasons I am glad the governor chose John Littel to be Secretary of Health and Human Resources include:

The city and community need to lead, and the state and its partners need to assist.

No one is better prepared and equipped to try to help the citizens of Petersburg improve their health.

“Learned hopelessness” will have to be turned around, as will adverse behaviors that contribute in such major ways to health problems. But what a victory if the citizens of Petersburg, with help from their governments and local community assets, can move the needles in positive directions, even a little.

A few percent is a lot of lives.

I intend to check in roughly quarterly to see how the initiatives are progressing.

But there should be some sense of the vector — the pulse of these initiatives — from people on the ground of the arena.