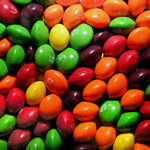 A couple of years ago, in a conversation with another dean at the University of Virginia, I was asked about my views on the ever-expanding Diversity, Equity, and Inclusion enterprise. I explained that I was not a fan of the diversity movement and affirmative action. When asked why, I explained that my preference was for merit, and merit alone, to determine the allocation of scarce resources and in particular, admissions and employment spots. The conversation then turned to what the effects might be of basing admissions decisions solely on merit.

“Would you be OK with the student body being 40% Asian?” I was asked.

“Of course,” I responded. “But if you feel that UVA, as a public institution, should have a student body that represents Virginia’s population, then be explicit about that, and adopt quotas. I wouldn’t be happy with that, but at least we wouldn’t be hypocrites.”

My partner in the conversation, being of a legal mind, then observed, “You know we can’t do that, adopt quotas. Quotas are illegal.” And therein lies the rub.

Diversity, as practiced in American higher education, in general, and at the University of Virginia in particular, is a fraud. The word ‘diversity’ is a linguistic dodge to enable universities to sidestep what lawyers refer to as ‘strict scrutiny’ of the legality of affirmative action. Affirmative action, as a term, is a euphemism for race-based discrimination. So, Diversity is a double dodge.

Its use as a turn of phrase is just a clever way to obfuscate the practice of race, ethnicity, and sex-based discrimination. Diversity, and as a result, race-based discrimination, has become a core concept in the admissions process for entry or employment in highly selective universities like the University of Virginia. In practice, the pursuit of Diversity has nothing to do with increasing the heterogeneity of student or faculty viewpoints or perspectives and everything to do with affirmative action for Blacks, Hispanics, and in some fields, women. The Equity and Inclusion mantras of the DEI enterprise flow from the unintended consequences of Diversity programs as currently instantiated.

Affirmative action brings to campus people who are not otherwise qualified compared to students admitted based on competitive merit. As a result, those admitted because of their race or ethnicity rather than their grades and test scores tend to struggle academically. The DEI intellectual movement and associated bureaucracies are explicitly anti-merit, anti-innovation, and anti-competition. They are also extraordinarily divisive.

Following the diversity of viewpoint logic in Lewis Powell’s 1978 Bakke Supreme Court decision, minorities benefiting from affirmative action should be able and willing to present the Black experience, the Hispanics’ perspective, or the woman’s view for the benefit of their classmates and colleagues. Merit-based admittees understandably expect minorities to provide these ‘diverse perspectives’ even if such things are irrelevant to academic performance.

However, the individual Blacks, Hispanics, and women brought to campus, supposedly to bring diversity of viewpoint, often resent or rebel against that expectation. In turn, facing pushback from those representing the various under, or unrepresented viewpoints, the students who gained admission through a merit-based process are often puzzled by the reactions of minority students. Merit admittees explicitly ask the reasonable question or, more commonly, silently wonder, “we all know you are here to represent the Black/Hispanic/female perspective. Why are you so angry?”

In the end, rather than providing a diverse and enriching environment for discussion, the DEI system breeds resentment that the Equity and Inclusion bureaucrats worked frantically but futilely to address. Equity in the DEI world does not mean equal opportunity. It means equal outcomes. From the DEI perspective, inequality of outcomes is prima facie evidence of discrimination and systemic racism. It is not evidence of poor preparation or lack of effort. The equity squad looks to bolster the academic outcomes of the poor performers but usually only succeeds by lowering standards and expectations for all. Everyone with half a brain can see this, which in turn breeds more resentment or complacency.

What to do about the rising resentment and antipathy directed towards those not wanting to constantly represent some viewpoint or those who cannot keep up in class? The solution is to create an ‘inclusive’ environment. Here the irony is excruciating. To make minorities feel included, the DEI bureaucracy responds by creating exclusive zones for each identity group. The ever-expanding number of exclusive and exclusionary safe spaces undermines the logic of the inclusion racket. The Latinx zone, the LGBTQ+ center, the African American student center, and so on may make the individual students feel more comfortable in what they see as an otherwise hostile environment, but they do nothing to create a sense of shared identity or inclusivity on campus.

With any luck, next June, the Supreme Court will rule race-based affirmative action unconstitutional and, in turn, will begin peeling back the hypocrisy that the DEI industry has come to represent.

Allan C. Stam, a professor of politics and public policy, is a former dean of the Frank Batten School of Leadership and Public Policy at the University of Virginia.

This entry was posted in Culture wars, Race and race relations and tagged Allan Stam, University of Virginia. Bookmark the permalink.