I Agree with DEI… This Much 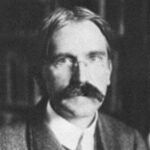 John Dewey, prophet of the Progressive education movement, which is now in its flailing, floundering senescence.

by Dr. A. Schuhart

The foundational warrant of “Progressive” DEI educators to transform American Education is that the education system is fundamentally a racist construction, and we need to dismantle it. This warrant is the only part of the DEI argument that I accept as true. And it is a damningly ironic truth for DEI proponents to contemplate, for the fact is, the American Education system today, as it stands, is an expression of Progressive (aka Socialist) Education theory that was instituted after World War II. It is not the theory of Education that evolved in tandem with American Democracy, and Science, itself.

No, all of these goals are no longer part of American education, except as a residual accretion of the previous successful paradigm. Too many educators today now want all students to think the same thing, and act all the same way, because they have taken it upon themselves to “fix” our society using the education system, and in so doing they betray education in general and students in particular. But it is their design, not Democracy’s, that is responsible for the inequities of the education system, for the downward spiraling of student skills and knowledge, for the loss of civility and tolerance, for the “rise in racism,” for the fragile emotional condition of the modern student, for the student loan debt “crisis,” for the breach in the principle of in loco parentis, for the governmental co-opting of parental rights, as well as for the horrible phenomenon of the mass school shooting. Yet, all of these outcomes (with the exception of the shootings) were warned about by Democratic educators of the 1960’s and 1970’s in response to the predictions of Progressive education.

By the admission of the DEI educators themselves, they have not. According to them, the system is worse than ever. Yet they have had 70 years and trillions of dollars to educate according to their models. America built the system that Progressive educators claimed would work. Now, faced with the failure of that system to deliver, they repeat the same accusatory logic of the past. It’s all White people’s fault, they say.

What utter balderdash: every single one of their ideas has failed, across the board. In every part of our American life, every socialist claim collapses when we look at it over time. What arguments did they make, THEN? What did they THEN claim the outcomes would be? What did the voices of Democracy argue and predict in response THEN? What is the actual outcome we can all see NOW? Which claim is validated, and which claim is falsified, by the observable evidence?

View ANY progressive claim this way, and you will see it wither into unpersuasiveness.

And, so, as a scientific rhetorician observing the evolution of the Progressive education paradigm, it is easy to see another element of scientific thinking as described by Thomas Kuhn. He points out that the final evidence of a FAILED theory is the attempt of the researcher to control the physical environments of debate and persuasion, to “engineer” a truth rather than to “construct” it ethically. That is, they create a false consensus of truth through manipulation of process, rather than through democratic persuasion. When we see this, says Kuhn, it is the final evidence of falsification: this evidence “explodes” the theory completely. For any claim that relies upon control of the physical environment, or upon the coercion of institutional process, in order to “be true” cannot be accurate, and therefore cannot be true.

And this is what we are in the midst of here in American Education. The Progressive model has failed, and its socialist proponents now seek control of the entire system to impose their truth upon our society. They present the fraud of Critical Race Theory as if it were an objective truth. They create the semblance of consensual truth through control of the academic system of knowledge production, through the control of pedagogy and content, through control of professional associations, and ultimately through speech itself.

Thus, at my college, when the Kommissar of DEI turned my microphone off in a faculty meeting rather than encounter and respond to my questions, it immediately falsified his entire claim to truth in my independent thinking. If his claim is true, then why is he afraid to encounter a question? Did he persuade me to support DEI, or compel using control of the forum of debate?

And when my college reduces my contract because of “anonymous complaints” about my speech, as it has, it only reinforces this conclusion. But it also results in a loss of respect: for who can respect an anonymous coward, even one with a doctorate; and who should respect any system that relies upon “anonymous complaints” to whip dissent from its ranks. (This is also why Virginia Community College professors should have tenure; that is, if you want the Community College to actually be a college, rather than the pathetic 13th grade it has become.)

So, finally, if we view American education through the longitudinal prism of a scientific knowledge construction, rather than the immediate emotional conditions described by the Progressive warrant, we will see a startling clear path to educational success: defund and dismantle the Progressive model of modern American Education because it simply doesn’t work as predicted.

Again, Kuhn points the way. He says, return to the previous successful paradigm, and begin again.

Dr. Schuhart is a Professor of English at NVCC-Annandale. He holds a Doctorate in Education. His area of specialization is Scientific Rhetoric; he teaches both Scientific Writing and American Literature, among other things.

This entry was posted in Education (higher ed) and tagged Arthur Schuhart. Bookmark the permalink.