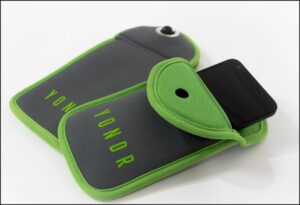 Hopewell has banned cellphones during the school day at the city’s middle school and high school, reports The Progress-Index. “We want our families to know we are taking an important step to enhance student learning, culture, and safety at school,” said the Hopewell Public School System in a Facebook post.

When school resumes in August, Hopewell schools will become cell-free zones. Upon entering school, students will put their cellphones in a “Yondr” pouch provided by the school system. The pouches remain in the students’ possession, but they remain locked during the day. The system provides an alternative to having teachers collect the phones, hold them, and redistribute to students.

On Facebook, many parents expressed support for the initiative, although some objected to it on the grounds that in an age of school shootings, students should retain access for security reasons.

Unstated in the article is the disruptive influence of phones in classroom settings. Access to social media keeps students highly distracted and often leads to fights. Some students even use the phones to listen to music on their earbuds during class.

Hopewell’s Standards of Learning pass rate in the 2020-21 school year was an abysmal 22% for mathematics, 22% for history and social science, 36% for science, and under 50% for English reading and writing. Of all the measures a school district can take to improve student academic achievement, getting cellphones out of the classroom is the easiest to execute and, arguably, will yield the most immediate positive result.