Henrico was Right to Defund Special Prosecutor of Police 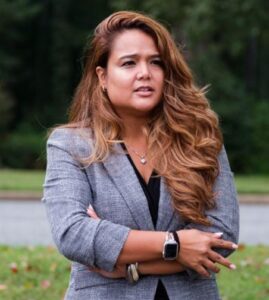 Henrico County Manager John Vithoulkas has yanked supplementary funding for a police-misconduct prosecutor after reading the social media posts of the woman hired for the job, Misty Whitehead, a defense attorney. In an era in which police actions have come under heightened scrutiny, the new position would have been the first of its kind in the state.

Vithoulkas told The Virginia Mercury that Whitehead’s posts showed a clear indication of anti-police bias. “When I saw what I saw I immediately thought, you know, this is not what [Commonwealth Attorney] Shannon Taylor and I discussed. A county manager can’t tell a commonwealth’s attorney who[m] to hire, but he can recommend whether or not local funds are included to supplement that salary. And in this case, I absolutely will not do it under any circumstances.”

Funds from the county were necessary to augment the pay of $60,000 a year available in the commonwealth’s attorneys’ budget to the $121,000 that the position offered.

Vithoulkas contended that having an aggressive prosecutor for the position would dampen the county’s ability to recruit and retain officers, reports the Mercury. As a Henrico County resident, I’m with Vithoulkas on this one.

Taylor countered that victims of police misconduct deserve representation as vigorous as other crime victims. “Our job is not being the lawyer of the police,” she said. “This has been about giving the community confidence that we want to be accountable and transparent in Henrico County’s criminal justice system.”

From my perspective, there are two layers to this issue: (1) Should Henrico County have created a position dedicated to the prosecution of police in the first place? and (2) if so, is Whitehead the right person for the job?

I question the wisdom of creating the position at all. First of all, I have seen no evidence that abusive police behavior is an issue in Henrico County. There certainly is no cause celebre in the news at the moment, and Taylor provides no examples of police abuse in the Mercury article. If people want to ensure oversight of police actions in Henrico County, then the logical solution, as the City of Richmond is doing, is to create a citizen oversight board to handle cases when they come up.

The fact is that Henrico County has a highly respected, professional police force, which is sensitive to how minorities are treated. In August the county appointed Eric D. English, an African American law-enforcement veteran with 36 years experience in Henrico County and most recently as police chief of the City of Harrisonburg, as the county’s new police chief.

What harm could it do to create a special prosecutor’s position? Here’s the problem as I see it. It’s one thing to assign an attorney when a case of illegal or abusive police behavior comes up. It’s another to create a position for an attorney whose job is to focus on police abuse. An attorney dedicated to the job will look for cases to prosecute. That’s not a reflection on any individual, it’s the nature of the beast. Birds gotta fly, prosecutors gotta prosecute.

Given the nature of the position, Vithoulkas is fully justified in worrying about who might be considered to fill the job. The last thing the county needs is an aggressive prosecutor who is biased against the police. The question, then, is whether Misty Whitehead is such a person.

Whitehead, a native of the Philippines, served in the army, attended Virginia Commonwealth University, and attended William & Mary Law School on a full scholarship. After working at the Williams Mullen law firm, she opened her own practice in Henrico in 2007 where she practices criminal defense and family law. She makes no secret of her political views, which anyone can view on her Facebook page.

It is a fair reading of her views to describe her as a political progressive, a “social justice” advocate, and a sympathizer of the Black Lives Matter movement. On the other hand, she is not a tear-it-all-down radical. Her comments indicate a willingness to work within the system. She’s also a defender of the U.S. military. But there is no denying that her posts indicate an intense interest in the subject of police brutality and racial justice.

Peruse her Facebook page and decide for yourself, but it’s clear to me that Whitehouse would approach the job with a reformist’s zeal. Henrico citizens have every reason to wonder if she would approach her job objectively, indeed, if she would hunt down cases to prosecute.

There has been chronic low-level violence and intimidation in the City of Richmond in the wake of the George Floyd killings. One reason is that, politically, the police have been neutered and militants know they can get away with a lot. But the occasional riots and routine late-night mayhem don’t cross the county line. Henrico has been anarchy free. I’m convinced that’s because the radicals know that Henrico police would have zero tolerance for their behavior. I’d like to keep it that way. The last thing I want is someone in the Commonwealth Attorney’s office second-guessing every decision every Henrico policeman makes.