Help Wanted: 300 Full-Time Jobs. Must Be Willing to Go to Work every Day 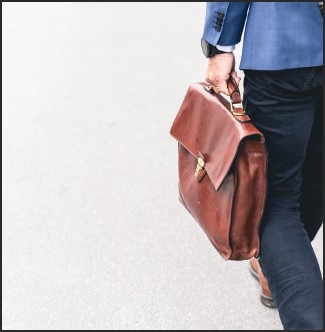 Youngkin announced on May 5th that he expected state employees to return to the offices they vacated when COVID struck in March of 2020.

You could hear the howling from Richmond all the way to Virginia Beach. Especially from Democrats, still indignant that voters booted them from the top three offices and eager to gin up dissatisfaction with the amiable new governor.

How dare the governor require workers who draw public paychecks to show up for work!

How dare the boss tell employees what to do!

How dare anyone tell state workers to take off their PJs!

As it turns out, it appears that 300 state workers — out of 95,000, not counting all of the state college and university employees — quit. If my abacus is correct, that’s 0.3 percent. Oh, and not all of them, probably not even most of them, left because they were required to show up in person.

But who cares about facts when you’re trying to smear a Republican?

In fact, most news outlets point to the Department of Transportation, which lost 183 workers, as the prime example of the public sector rage over losing the ability to work from home.

Just one thing: If you read all the way through these stories, it seems only a handful blamed the end of telecommuting for their departures. A report from the state showed that just 28 of those who resigned from VDOT said they did so because they were now required to return to work. And two of those transferred to other state agencies.

It’s a similar situation the Department of Health where there were 78 resignations. Of those, 29 left for better jobs. (Good for them!) Seven were leaving the area, two cited illness, six had “home responsibilities,” three gave “school” as their reason and 27 fell into the “other” category. Even if every one of the “others” quit because they wanted to telecommute, that isn’t a majority of those who are gone.

Back in May the governor outlined a procedure for employees to ask to continue working from home. A number of state workers were given approval for telecommuting several days a week. Some are allowed to be full-time telecommuters. Not all of the applications were processed by last week.

Look, one of the many downsides of the COVID lockdowns was a loss of community. People stopped worshiping, socializing and working together

“We know that creative, innovative, and effective solutions for all Virginians occur with regular, in-person interaction by our incredible workforce here in the Commonwealth,” Youngkin said when he announced the change.

If we’re honest, those of us who spent most of our working lives in thrumming offices with dozens of colleagues and any period of time telecommuting from our homes will admit that the synergy of a group setting triggers the imagination and a sense of teamwork. Especially for younger workers.

Look on the bright side, the Governor’s come-to-work order is partly responsible for promising job opportunities.

This entry was posted in Government workers and pensions and tagged Kerry Dougherty. Bookmark the permalink.