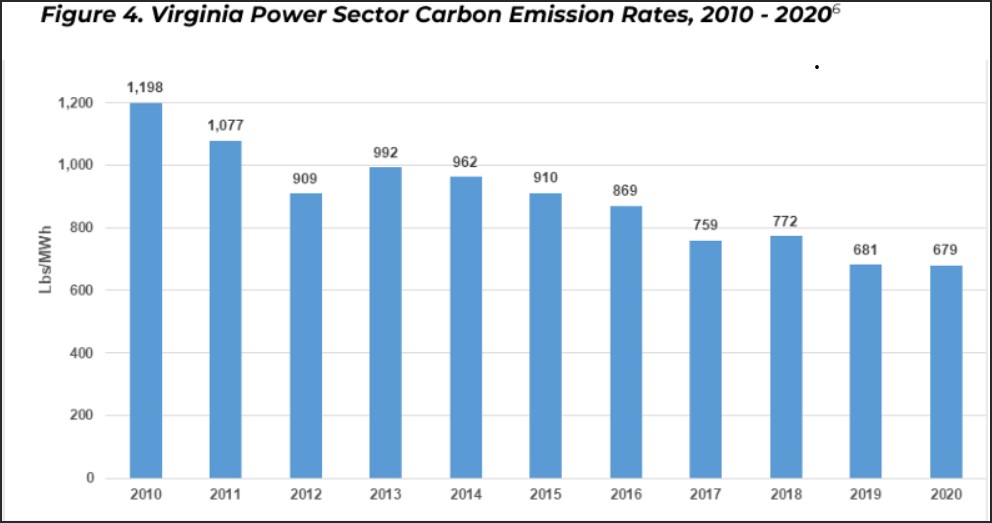 For the record: Virginia’s electric utility sector reduced its carbon dioxide emissions by 43% between 2010 and 2020. Globally, CO2 emissions continued to increase during that decade.

The vast majority of the decline can be attributed to the shift from coal- to gas-fired generation. As of December 2021, only 3% of the state’s power supply came from “intermittent” (wind and solar) energy sources.

Virginia gets only 11% of its electricity from coal now, which means that the displacement of coal is mostly spent as a source of additional CO2 reductions. To reach the goal of zero carbon emissions by mid-century, the bulk of future cuts must come from replacing natural gas with wind and solar. The unresolved questions: How much will that cost and how will the shift impact reliability?