Get Weapons Out of Schools – Start with the Schools Most Threatened 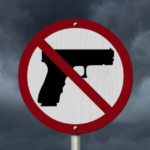 When we talk about getting weapons out of schools, most Virginians don’t have any concept of how many are found in schools every year.

Or think they are all in high schools. Or likely both.

When they do find out, eyes glaze over thinking of the cost and difficulty of fixing that problem in Virginia’s 2,100 or so public schools.

How could such a problem even be approached?

The last full year pre-COVID, 2018-19, Virginia public schools reported 2,103 weapons incidents in 898 of its public schools. Yes, that is a disturbing number of weapons. I can find no indication on how many were guns and knives.

Yes, that only indicates the weapons that were found.

But “everybody” doesn’t do it at scale. There were seven or more weapons incidents in 41 schools. 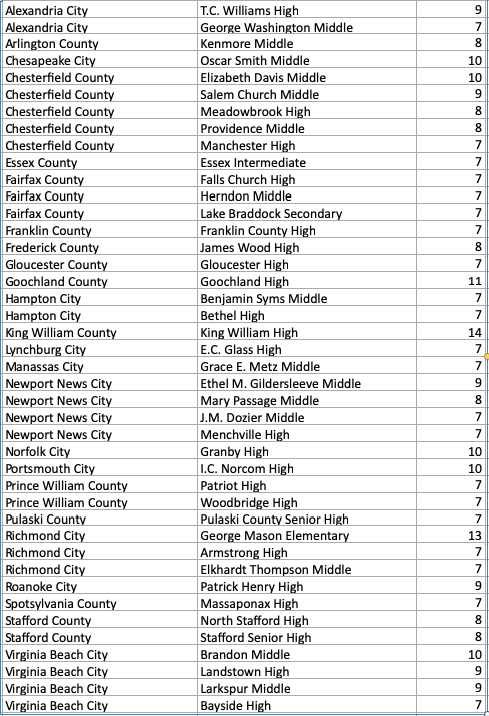 Yes, that list contains mostly schools with over a thousand students. T.C. Williams had almost 4,000. But King William High had 722 students in 2018-19 and 14 weapons incidents.

Yes, that list contains a disturbing number of middle schools.

Yes, a school with one of the highest number of weapons incidents in the state was George Mason Elementary in Richmond. It had 922 students and 13 weapons incidents. In 180 days of school. In elementary school.

What to do? Create a list of those schools with the most weapons incidents per student for the 2021-22 school year. That number is perhaps more useful than total incidents as it may include schools in more geographically diverse locations and of different sizes.

Ask for a federal grant for a pilot program for weapons screening in the worst 30 or 40 schools on that list. Spend state and local money to fully fund the pilot.

Control entry and screen for weapons in those schools as if they were courthouses.

See what works. Expand it as affordable. Just a thought, but it seems like a start.

Teachers and parents will both appreciate it.

This entry was posted in Discipline and disorder, Education (K-12) and tagged James Sherlock. Bookmark the permalink.