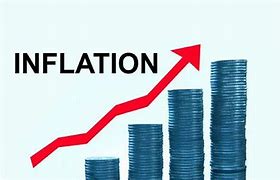 Are you enjoying paying more for gasoline? Have you noticed how that works its way through and inflates the price of just about everything else you buy? The other shoe drops in July when Dominion Energy Virginia increases its prices to reflect the rising cost of fuel. It will also spread more inflation virus throughout the economy.

The cost of fuel and purchased electricity is a separate charge, designated Rider A, on every monthly electric bill, residential and commercial. The annual fluctuations are usually small, and can go either way, but the increase this time will hit everybody hard and may hold for years. (Here is the case file.)

Dominion needs to collect more than $1 billion extra for the 12-month fuel cost period it is just finishing and is projecting it will need $2.2 billion for the 12- month cycle about to start July 1. The money reflects higher cost for natural gas, mainly, but Dominion also continues to burn coal and oil.  From July 2021 to March of 2022, natural gas prices had doubled, and coal prices were up 92%.

The rising costs of power the utility purchases from other generators are also reflected in the fuel charge. Uranium is rising in cost (spot prices up 45% and term prices 20% since February), largely due to the Russia-Ukraine War, but will not hit customers as hard as the higher prices for gas and coal.

The dramatic electricity cost projections made a few years ago when the General Assembly adopted the Virginia Clean Economy Act did not include these explosions in fossil fuel prices. For struggling consumers, especially those on tight family budgets, this is even more of a bad thing.

The utility has given the State Corporation Commission some options. It can raise the fuel charge sufficient to collect everything the utility thinks it will need in the next 12 months (also collecting the shortage from prior months), or it can spread the pain over two or three years.

Here is the utility’s take on what that does to the mythical residential consumer using 1,000 kilowatt hours per month (many use much more):

For a residential customer using 1,000 kWh per month, the average weighted monthly bill would increase under the three alternative recovery proposals as follows:

Dominion is promoting option 2, the three-year proposal, costing only an additional $180 per year for the next 12 months from that so-called average user. But the higher costs last for three years. The SCC has decided to impose that on an interim basis as of July 1 as the application review drags out. A different amount could emerge after the hearings are held in early July.

Don’t feel you are saving anything. One year or three, you will pay it in full. And if, as many believe, these costs continue to rise, we’ll be right back here in a year looking at another substantial increase. The Russia-Ukraine War is dragging on, but just as important despite all the current posturing, the Biden Administration remains basically hostile to fossil fuel development and increasing gas and coal prices are seen as an incentive for renewable generation.

Under the best of circumstances, those new projects take time. The proposed offshore wind turbines, for example, are five years away at best. Yet their initial capital cost may appear on bills in September, cutting even more slack out of the family budget.

This is also painful for business customers. There is no discount on the fuel charge based on volume. It usually is a substantially larger portion of the total bill for the largest commercial and industrial customers, who do see volume discounts on other bill elements.  For once, though, they probably cannot escape by moving production elsewhere, as these costs are hitting the whole world.

Domestic natural gas production increased approximately 4% during the July 2021 through March 2022 period compared to the similar period last year. However, domestic production gains were not uniform across eastern production regions. While more appreciable production increases (approximately 19%) were experienced in southeastern shale basins (Permian and Haynesville), Appalachia shale basin (Marcellus and Utica) increases were only 1.3%, illustrating ongoing impacts of pipeline bottlenecks due to the lack of sufficient pipeline infrastructure emanating from the Marcellus/Utica region.

Translation: There is the death of the Atlantic Coast Pipeline showing up on our bills, folks, along with the ongoing delays and possible defeat of the Mountain Valley Pipeline. Hinson also pointed to the increased export of U.S. gas to Europe and other markets in the form of LNG as driving up domestic prices.

The usually routine annual review is gearing up to be a battle this time, with industrial groups and environmental groups signing up as participants so they can file interrogatories and cross examine Dominion’s executives. The environmental groups are likely to blame these costs on Virginia’s slow adoption of wind, solar and battery technology. Questions they’ve asked about fossil-fuel plants have sparked a motion from Dominion to make information secret. Perhaps this time the environmental groups will take the lead demanding transparency.

Always clever with its public relations, Dominion is also highlighting its pending motion to stop directly collecting the Regional Greenhouse Gas Initiative carbon tax effective July 1. That would lower residential bills about $2-3 per month as the fuel charge goes up $15 or more.But as previously explained, customers still ultimately pay for RGGI (and the SCC hasn’t said yes to the change yet).

There is something to be said for truth in pricing. Hidden charges and accounting gimmicks make pricing inaccurate and send the wrong signals to consumers and the economy. The RGGI tax, as long as it exists, should clearly appear in full on every month’s bill (or you will forget it is there). Delaying the collection of 2021 fuel costs already incurred until 2023 or 2024 just risks an even bigger shock when those costs rise even higher (or delays the benefit of a price drop).

But promising big now and paying the bills later is the pattern with energy in Virginia. It is not that the can is kicked totally into the future. The full consumer cost just gets delayed until after the next round of state elections, as this three-year payback plan once again demonstrates.