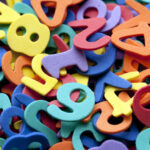 In his first speech to the General Assembly, Governor Glenn Youngkin stressed the need to upgrade academic standards in Virginia’s public schools. “Education standards for math and reading are now the lowest in the nation,” he said.

Warren Fiske with VPM News “fact checked” the statement. Citing the National Center for Education Statistics, he noted that, yes, Virginia’s 4th-grade proficiency standards for reading are the second lowest among the 50 states and 4th-grade math standards are the lowest. But Youngkin leaves out critical context, Fiske contends. The scores of Virginia students in national standardized exams are “near the top” for 4th graders, and “high” in math and “average in reading for 8th graders.

“Youngkin’s claim, without elaboration, wrongly suggests that Virginia students are being taught less than their colleagues across the country,” writes Fiske. “So we rate his statement Half True.”

Translation: “Technically speaking, Youngkin’s statement was 100% accurate. But I’ll read between the lines and decipher what he was hinting at, and the meaning I impute to his words is wrong.”

Even then, Fiske’s context needs context. As it turns out, Virginia’s recent performance in national standardized test scores is heading in the wrong direction.

Virginia has the 11th-highest per-capita income in the country, and it has the seventh-highest educational attainment level (based on the share of adults 25 and over with high school diplomas and higher-ed degrees). Roughly half of school districts’ performance in standardized test scores can be predicted by family income and parental education of the student body. To some degree, the high performance of Virginia students nationally can be explained by those two variables, neither of which tells us anything about how well schools are doing their job.

Fiske refers to the National Assessment of Educational Progress tests for 4th graders and 8th graders conducted every two years. As he correctly observes, Virginia students consistently score higher than the national averages. Indeed, the margins by which Virginia students outperformed their peers nationally in reading widened steadily from 2002 through 2015. But in 2017 and 2019, those margins began contracting for reading.

Most discouraging has been the performance of 8th graders in the reading tests, as can be seen below. Despite Virginia’s demographic advantages in income and education, 8th-grade reading scores are identical to the national average. 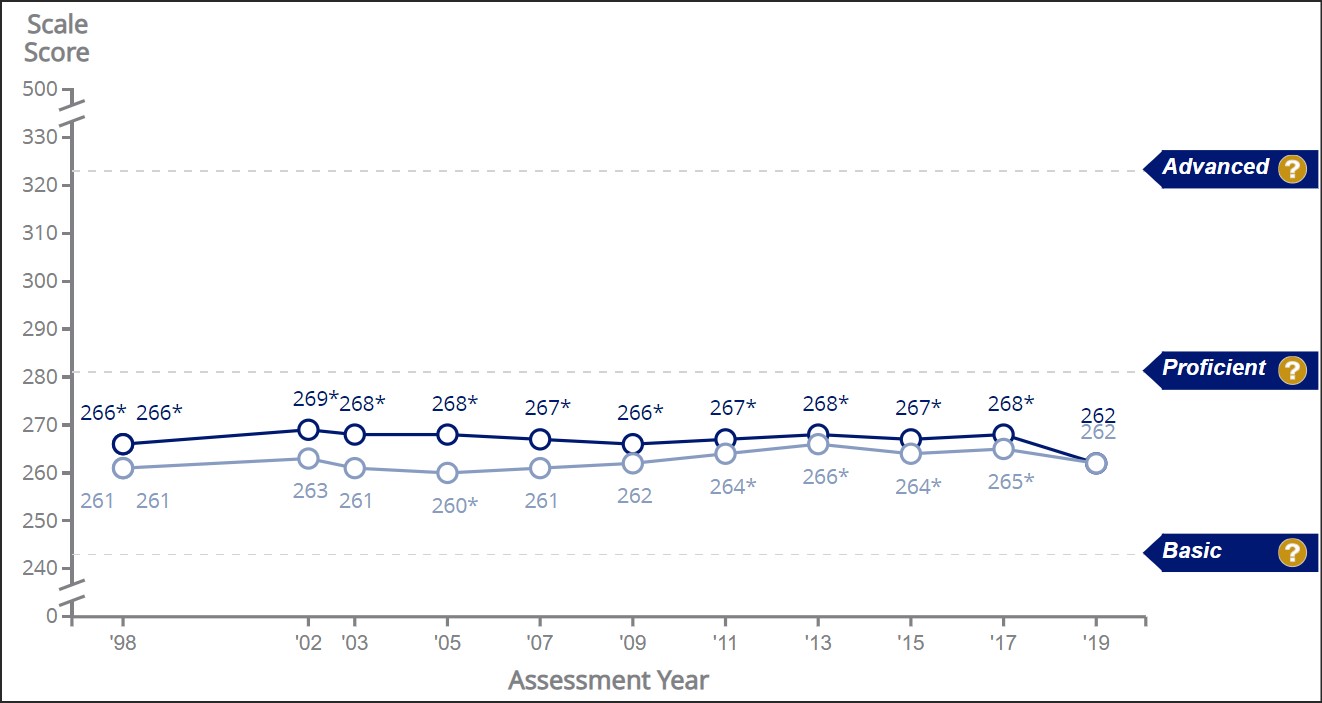 Here’s more context for Fiske’s context: due to the COVID-19 epidemic, NAEP did not hold tests in the 2020/21 school year. The biannual test has been deferred until this spring. Preliminary signs of educational performance last year are grim. Virginia shut down more in-person learning than most other states, and its state-administered Standards of Learning (SOL) scores declined horrendously in 2020/21. Other indicators suggest that educational achievement has deteriorated further and faster in the Old Dominion than in other states. There is a significant likelihood that Virginia’s NAEP scores will deteriorate compared to states that did not experience such extensive school shutdowns.

Bacon’s bottom line: Enamored with former Governor Ralph Northam’s woke agenda, VPM News ignored the story of Virginia’s educational meltdown over the past four years. Now that Youngkin seeks to overturn the status quo, VPM has started paying attention. I expect the media outlet will contest his arguments and undermine his efforts at every step. Wait and see, the Fiske fact-check is but the first salvo.