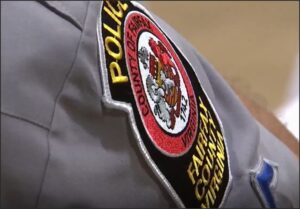 Dozens of current and former Fairfax County police officers belonging to the Fairfax County Police Association gathered in a town hall last week with Attorney General Jason Miyares. Their message: recent Virginia legislation combined with a change in prosecutorial policies by the county’s Commonwealth Attorney Steve Descano, are making it harder for them to do their job.

As NBC-Channel 4 summed up the meeting, “They claim they’re having a tougher time bringing charges in some cases because magistrates are interpreting cases more liberally. They’ve also expressed concerns about inexperience on the part of some assistant commonwealth’s attorneys and say some cases are being dropped.”

“I think you’ve had a serious problem of criminal-first, victim-last mindset,” Miyares told the group.

I went to the 2019 and 2021 Crime in Virginia reports to look up the numbers. Presumably, Descano was referring to “Group A Offenses,” which include crimes against persons, property and society. The total number offenses reported did, in fact, decline from 37,200 to 33,300 — a total of roughly 3,900 crimes, or about 10% — over the two years.

But dig deeper, and you’ll see nearly the entire decline can be attributed to the falloff in drug/narcotics violations — a reduction of 3,600 offenses — coinciding with the decriminalization of marijuana possession.

Fairfax saw a reduction of another 700 offenses categorized as shoplifting, the prosecution of which “progressive” commonwealth attorneys have downplayed as discriminatory against the poor and minorities. In Fairfax the number of shoplifting arrests fell from 235 in 2019 to 150 in 2021, which might reflect a change of policing practice in response to signals from Descano’s office. However, no data are reported for the number of shoplifting prosecutions, so that’s only a hunch.

Meanwhile, the number of motor vehicle thefts surged from 869 in 2019 to 1,229 in 2021, while the number of homicides jumped from 14 to 26. (Other violent crimes like rape and aggravated assault were down marginally.)

The best that Descano can reasonably argue is that crime has remained stable on his watch. If the total number of offenses reported is down, the reasons are that marijuana has been decriminalized and, possibly, that retailers are learning that it is pointless to report many shoplifting incidents.

As for having a lower crime rate than the nation’s largest localities, that has likely always been true. Fairfax County is one of the nation’s highest-income jurisdictions, and it has a poverty rate of only 6.1%. That compares to a 16.1% national poverty rate. Insofar as crime is correlated with poverty and rates of educational attainment, Fairfax County enjoys an immense socio-economic head start.

On the other hand, I’d like to see some hard evidence from the Fairfax County Police Association to back police claims as well. For what categories of cases are prosecutors not pressing charges? What kind of cases are prosecutors dropping? How many criminals have gotten off the hook? Can police point to incidents in which the easy treatment of criminals has led to additional crimes? It would help them make their case if they could document their claims.

Does Fairfax County really have a criminal-first, victim-last mindset? I’m open to the idea that it does. But I’d like to see more proof. And I expect many voters would, too.