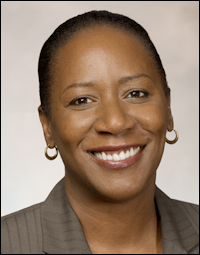 Christy Coleman, CEO of the American Civil War Museum in Richmond and an African-American, professes to know how white people think. Here’s what she said yesterday at a Richmond forum that, according to the Richmond Times-Dispatch, was organized “to dispel racism against African Americans.”

White people want to feel good about their history, and that means everyone else has to forget about theirs. Well, I’m not in that business.

First point: I’m such a dinosaur I can remember what it was like growing up in the 1960s when I was taught that it was wrong to make sweeping generalities about the people of other races and cultures. That was called “stereotyping.” When applied to blacks and minorities, stereotyping was considered a form of racism. Now, apparently, it is deemed acceptable to make sweeping derogatory generalities about “white people.”

Third point: How does Coleman leap from the idea of white people feeling good about their history to the assertion, “That means everyone else has to forget about theirs”? Judging by the RTD article, Coleman was likely referring to the “Lost Cause” narrative, which she said perpetrated three big lies: that the Civil War was about states’ rights, not slavery; that slavery was good for black people; and that black people of the era were actively involved in preserving the Confederacy and the institutions of slavery.

True, the Lost Cause narrative was a real thing, and once in a while you’ll still hear people defend the state’s rights argument. But, really, when was the last time anyone suggested that “slavery was good for black people”? More to the point, when was the last time that “white people” suppressed the efforts of African-Americans from discovering their history and heritage?

It seems to me that “white people” have done just the opposite. Take a look at the founding donors of the National Museum of African American History and Culture. Among the top donors are lily-white Lilly Endowment, the Bill and Melinda Gates Foundation, the Andrew W. Mellon Foundation, David M. Rubenstein, and a vast array of corporate and lesser-known philanthropists (including some dude name Louis Moore Bacon — no known relation).

And what about the American Civil War Museum board of directors that hired Coleman? The mostly white board hired her to advance the goal, as articulated by board chair Edward L. Ayers in an RTD op-ed a couple of years ago, of leading the Richmond museum in a new direction, telling the stories of “soldiers and civilians, … enslaved people and free people, … people loyal to the Union and to the Confederacy.”

Some 40+ years ago I earned an M.A. in History at the Johns Hopkins University where I studied African history, which encompassed the Atlantic slave trade and the African diaspora in the Western hemisphere. Within the past year I have visited the National Museum of African American History and Culture in Washington, D.C., and The Legacy Museum: From Enslavement to Mass Incarceration, in Montgomery, Ala. I have spent considerable time rummaging through the Library of Virginia’s “Virginia Untold” digital archives of African American history.

Speaking as one “white person,” I believe it is possible to feel good about the history of the United States for advancing the principles of liberty, freedom and equality; for revolutionizing commerce, technology, and the arts; and for fighting wars to end U.S. slavery, end the Spanish colonial empire, end the European monarchies, destroy fascism, and defeat communism. I see no contradiction whatsoever between taking pride as an American in those accomplishments and fleshing out the previously neglected history and contributions of African-Americans to building this country. What Coleman says about “white people” does not apply to me at all. Perhaps I should take grievous offense. Perhaps I should mobilize a Twitter Outrage Mob and try to get her fired! Just kidding — I hate Twitter Outrage Mobs, and I don’t think she should be fired.

I do hope, though, that the RTD quote does not accurately reflect the way Coleman really feels. Perhaps the newspaper reporter was just looking for an eye-catching quote and took it out of context. Coleman is a prominent member of the community, and the comment, as it appears in the newspaper, was not a positive contribution to Virginia’s ongoing dialogue about race.