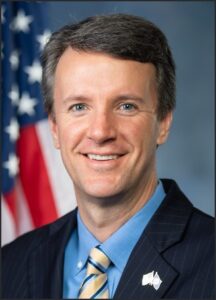 Representative Ben Cline secured more than 80% of the votes cast in the primary in the Virginia’s 6th Congressional District. Fewer than 5% of registered voters participated, and the margin was less than 10% of the votes that elected him in 2020. Since then, the January 6 Committee has commenced its hearings. One might ask what the implication are for Cline, who voted to reject the electoral slates and popular votes of Arizona and Pennsylvania certified to the Congress.

Consider his response to an interview question from The Winchester Star shortly before the primary election.

Reporter: Do you think former President Donald Trump tried to steal the 2020 election, and what should be done about what happened on Jan. 6?

Cline: The Constitution provides that each state shall appoint its electors for president, “in such a Manner as the Legislature thereof may direct.” In the months preceding the 2020 election, those rules and procedures established by the state Legislatures were deliberately changed by a number of individuals, including governors, secretaries of state, elections officials, judges, and private parties. These changes were a direct violation of Article II, Section 1, Clause 2 of the Constitution. For this reason, I objected to the electors from those states and I stand by my objection.

Aside from his non-response to the two-part question, the candidate, an attorney, stated that established state procedures “were deliberately changed” apparently unlawfully and in contravention of the U.S. Constitution. While he voted against only the certifications from two states, Cline listed a spate of actors who he stated deliberately changed legislative procedures. Moreover, he asserted that these unlawful changes occurred in “the months preceding the 2020 election,” meaning that his objection stands more than 17 months since January 6, 2021 and prior.

What did Cline know and when did he know it? The response to the reporter is, in part, a word for word re-iteration of his press release of January 5, 2021, adding additional reasons to object to some electoral slates:

That usurpation of the Legislatures’ constitutional authority was a primary reason why the 2020 election became riddled with an unprecedented number of allegations of irregularities and improprieties. As a result, prior to the vote last month of the Electoral College, I joined 125 other Members of Congress in urging the Supreme Court to resolve the question surrounding the constitutionality of these slates of electors. Unfortunately, that case was rejected on the basis of insufficient standing. It was not resolved on the merits.

Cline’s reference to joining other members of Congress referred to signing a letter in support of a Texas challenge to elector slates from Georgia, Wisconsin, Pennsylvania, and Michigan. Arizona was not represented in the lawsuit which was rejected by the U.S. Supreme Court, citing a lack of standing, not “insufficient standing.” A determination of lack of standing means an absence, not an insufficiency. Attorney Cline may have misspoken.

The Texas tactic sought to delay the January 6, 2021 state certified election results by Congress to permit time to investigate the allegations of fraud. This strategy was dubbed the “Green Bay Sweep” by WH advisor Peter Navarro

Cline’s press release concludes a “usurpation” of state legislative authority because the 2020 election had “become riddled with an unprecedented number of allegations of irregularities and improprieties (emphasis added).” The Congressman knew at the time and subsequently at the time of his Star interview that those allegations were the product of deliberate, illegal mischief. It remains a question whether Mr. Cline, at present, has an opinion whether the irregularities and improprieties have been resolved on the merits.

One clue he might consider was the rejection by a majority of members of Congress in both chambers to the efforts against Arizona and Pennsylvania. Or the decisions of over 60 federal and state courts affirming the certifications of state legislatures of their 2020 election results. Absorbed in his re-election campaign, there would be no expectation that he would view the Committee’s proceedings. Whatever Cline knew and when he knew it likely made no difference in his primary. As one voter commented to the Star on primary day, he cast his ballot for the incumbent even though he disagreed with his vote on January 6th.

Cline avoided saying in his interview whether he believed Donald Trump tried to steal the 2020 election. Nor has he indicated what legislative remedies might be made to mitigate the allegedly nefarious tactics employed in the 2020 election. It is not unreasonable to expect that he has some ideas in response to the “unprecedented number of allegations.” What are they?

Strikingly absent from both of Cline’s responses is a lack of comment about the January 6th protestors and/or condemnation of the associated violence. The disinclination, i.e., refusal of politicians to address directly questions posed, is frustrating but essential to crafting the type of scrubbed statements noted here.  By analogy, it’s the equivalent of a politician’s Fifth Amendment response to avoid incrimination or recrimination. The latest hearing of the January 6th Committee revealed information that one member of Congress, Rep. Mo Brooks, R-Alabama, requested via email to the WH an eleventh-hour pardon from the President-unelect for “every congressman or senator who voted to reject the electoral college vote submissions of Arizona and Pennsylvania.”

As the President-unelect cajoled the Department of Justice leadership: “Just say that the election was corrupt and leave the rest to me and the Republican Congressmen.” Say what?

The patience and tolerance of the American public, especially its voters, with politicians is bewildering. As one politician famously bragged, “I could stand in the middle of Fifth Avenue and shoot somebody, and I wouldn’t lose any votes.”

This entry was posted in Electoral process, Federal and tagged Jim McCarthy. Bookmark the permalink.