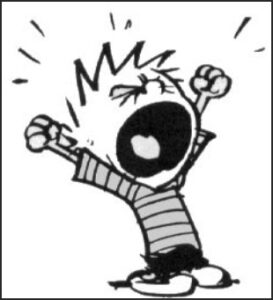 The article didn’t engage in the overt editorializing we often see from WaPo reporters. But my spidey senses tingle whenever the angle of a story highlights disparities that can be used to argue that someone somewhere is being discriminated against. I like to dig deeper and look for missing context. So, I actually perused the report. And, lo and behold, I found plenty of missing context.

The long and short of it: there are many types of disabilities, from deafness, blindness, and orthopedic impairment to autism and emotional disturbance. The study does not distinguish between different types of disability in its analysis of in- and out-of-school suspensions. If blind kids and kids with stutters are getting suspended at four times the rate of other kids, that would tell you one thing. If kids classified as having “emotional disturbance” are getting suspended, well, that says something quite different.

Here is the study’s breakdown of disabilities in Fairfax schools: 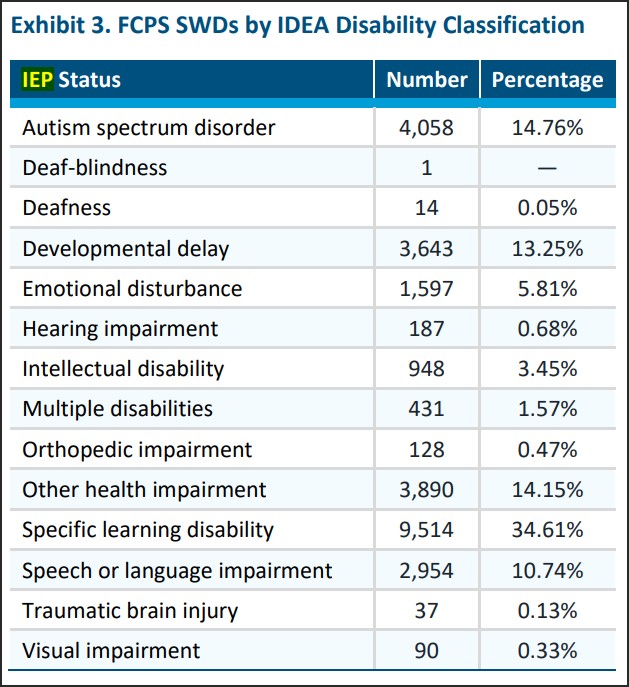 As the study found and the WaPo noted, students with IEPs were three to four times more likely than their non-IEP peers to be suspended.

Question: Why do students get suspended from school?
Answer: Because they are highly disruptive or even violent.

How about the 1,600 kids  — 5.8% of the total with disabilities — who are classified as being emotionally disturbed? How about the 4,000 kids with autism, or at least those on the severely disabled end of the autism spectrum, who are prone to emotional meltdowns?

The policy of Fairfax County is to mainstream kids with disabilities if at all possible. If disruptive behavior is highly concentrated in two or three classifications of disabled students, perhaps that’s a sign that the school system should rethink how they deal with those types of kids. The conclusion seems so glaringly obvious. But for some reason, school administrators, educational consultants, and WaPo reporters just can’t go there.