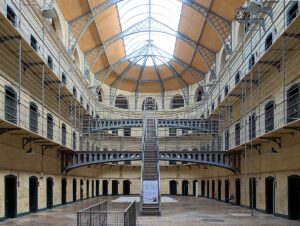 Virginia’s governor and the head of a key legislative subcommittee are backing legislation to abolish the death penalty in Virginia and overturn existing death sentences.

In theory, the death penalty could save lives by deterring people from committing murder. Several studies found that it deters killings of innocent people. As the Associated Press noted in 2007, “Each execution deters an average of 18 murders, according to a 2003 nationwide study by professors at Emory University. (Other studies have estimated the deterred murders per execution at three, five, and 14).”

The death penalty also can prevent additional murders by prisoners serving life sentences. Being executed is the only thing that stops some murderers from killing again. Consider the case of Robert Gleason. He had been sentenced to life in prison without parole for murder. He beat his cellmate to death while in Wallens Ridge State Prison. Afterwards, while awaiting trial on that charge at Red Onion State Prison, he murdered another inmate. He then declared that he would continue killing until the state executed him. He was sentenced to death and moved to Sussex I State Prison, home of death row.

As a Bacon’s Rebellion blogger notes, he once bragged to prison officials that he could have killed prison guards had he wished to and provided credible evidence that he could have carried out his plans. But any additional killings became impossible when he was executed in January 2013.

But in practice, there just aren’t going to be many executions in contemporary Virginia, so any deterrent effect of retaining the death penalty will be limited. As the Richmond Times-Dispatch notes, “[N]o one has been sentenced to death in Virginia since 2011, or executed since 2017. And the state’s death row, which once hovered around 50, is now down to two men, who will have their sentences changed to life in prison without the possibility of parole if the bill becomes law.”

Executions have become exceedingly rare in recent years in Virginia, as a growing minority of Virginians have become skeptical of the death penalty. Juries are unlikely to impose the death penalty in all but the most extreme cases, if even a few jurors have misgivings. As Wikipedia notes, in Virginia, “When the prosecution seeks the death penalty, the sentence is decided by the jury and must be unanimous. In case of a hung jury during the penalty phase of the trial, a life sentence is issued, even if a single juror opposed death (there is no retrial).”

Still, I strongly oppose abolishing the death penalty because once it is abolished, many of its critics will move on to attacking life sentences without parole, whose abolition would gravely harm public safety.

As Ed Morrissey notes, “Life without parole developed — at least in the U.S. — as a means to give the state an option to the death penalty.”

But as soon as the death penalty is abolished, life without parole is likely to come under assault. There is already legislation pending in Virginia that would lower the age for geriatric release to age 50 for many inmates, effectively allowing even some murderers serving life “without parole” to get parole in all but name. It passed the state Senate last year on a 21-to-19 vote, and is now sitting in the House of Delegates.

Soon after the Supreme Court declared the death penalty unconstitutional for 16 and 17-year-olds, it declared life without parole unconstitutional for all but the worst teenage killers. Those rulings contributed to the Virginia legislature making all teenage criminals — even serial killers — eligible for parole after at most 20 years (even though about 10% of all murders have historically been committed by juveniles, and once released, juvenile murderers often commit more violent crimes, including more murders).

By releasing violent criminals earlier, these expansions of parole will result in more killings of innocent people. Studies show that longer prison sentences deter crimes from being committed, saving innocent lives. For example, California’s violent crime rate fell due to the passage of California’s Proposition 8, which increased sentences for repeat offenders who commit murder, rape, and robbery.

This entry was posted in Crime , corrections and law enforcement, General Assembly and tagged Hans Bader. Bookmark the permalink.