Complexity and Single-Party Rule in the Modern University 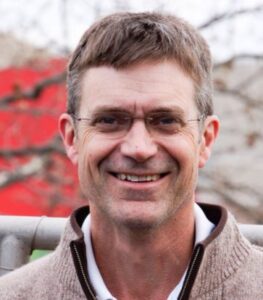 Large research universities have evolved into amalgamations of housing complexes, food service industries, semi-pro sports franchises, health systems, research enterprises, vocational training centers, and education systems. The administrative design of complex universities is such that they are nearly incapable of being efficiently managed. Running a modern research university is a bit like running a small city absent democratic accountability. Both jobs are growing more complex with layers of byzantine regulations often overwhelming their leaders.

Both types of organizations, universities and city management, are also inherently political which today means increasing polarization and conflict. Political systems distribute resources and services not by market means, but instead by power-based mechanisms. At the same time as the administrative burdens in our universities rises, they have, like most large cities, become single-party systems.

The combination of these two challenges: single-party rule combined with unmanageable complexity is leading universities down an unfortunate road. So-called administrative bloat is a direct consequence of excessive administrative complexity. Ideological intolerance and the stifling of free speech and thought is the consequence of universities’ emergent political monoculture. The combination of these two factors has created tremendous risks for the future of the American research university.

The two factors are intertwined. Excessive complexity is the major factor that has enabled the ideological puritans to take over the University. In the hyper-complex university, the left hand often does not know what the right hand is doing. Facing little local competition, exclusionary and sectarian ideas flourish and spread.

The ideological Puritans arrived first in the humanities which historically lean to the left of the political spectrum. They branched out into the social sciences under the guise of identity politics and postmodernism. They are now taking aim at the STEM fields. They have taken over the management of student-life administration and services. The poststructuralist movement is an identity-based restoration of a Marxist agenda that threatens to infect the entire university ecosystem.

There is a well-developed literature on the effects of increasing concentrations of power on the quality of city and state management. What we know about single-party political systems applies in good measure to universities as well. In single-party systems, corruption tends to be endemic. Bad ideas are rarely filtered out. Logrolling rather than merit tends to determine resource allocation. Ideologues of the leading party routinely crush Innovative ideas advanced by political minorities.

As universities have evolved from systems characterized by balances of power between competing groups to single-party bureaucracies, their leaders and interests have grown increasingly distant from the constituencies they were designed to serve. Compounding the problem is the extraordinary administrative complexity of the modern research university.

Why do universities matter so much, or put another way, why should we care? As Thomas Jefferson pointed out, education is essential to a well-functioning democratic system. If the Democratic populous loses faith in the education system, they are losing faith in democracy itself.

Lincoln advanced this vision with the Morrel Act. Vannevar Bush, the preeminent and visionary science administrator during World War II and the Cold War, was instrumental in developing the federally funded, public-private partnership that ties university basic science research to the advancement and success of American technology and business. Astute political leaders throughout American history have recognized that higher education resides at the core of American democracy. The happy trend for the past two hundred years has been towards, rather than away from, a dual commitment to open and free inquiry protected by tenure. This trend, along with an open and meritocratic admission process, has ably contributed to the bedrock of American democracy.

American higher education, for the past hundred years, served as the gold standard for the rest of the world. No other country has made a similar commitment both in breadth, scale, and excellence to research-based higher education as the United States has. So too can the United States claim a commitment to democracy in breadth, depth, and duration like no other country.

Today, however, as higher education risks its future, American democracy is at risk as well. The two biggest changes in universities since the 1960s are ideological homogeneity where previously there had never been such, and the rise of unbelievable administrative and functional complexity. Bureaucratically sclerotic, single-party institutions, which American universities are becoming, cannot support and sustain multiparty democracy in the states and countries in which they are embedded.

The free and open debate that multiparty democracy requires is at risk of disappearing from many American top universities and colleges. If it does so, universities will lose their ability to both foster and sustain the highest aspirations of American democracy.

University Professor Allan C. Stam is a former dean of the Frank Batten School of Leadership and Public Policy at the University of Virginia. A former member of U.S. Army Special Forces, he has focused his academic work 0n war outcomes, war durations, mediation, and alliance politics.

This entry was posted in Education (higher ed) and tagged Guest contributors. Bookmark the permalink.