City of Norfolk Allowed Its Animal Shelter Manager to Work Remotely. From Florida. 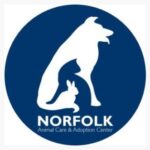 To those who argue that remote work is lovely and only Luddites believe people should actually show up in their workplace every day, I offer THIS as an extreme example of what can happen.

The Virginian-Pilot reports that earlier this year some bonehead in the city of Norfolk gave the manager of the city’s animal shelter permission to move to Florida and work remotely until her replacement could be hired.

But guess what the long-distance manager did? According to The Pilot, in July she took a second job at another shelter in St. Petersburg.

There are all sorts of ethical questions about the actions of this city worker who continued to draw a fat Norfolk salary — courtesy of taxpayers — of $85,500 while living almost 1,000 miles away.

My real beef is with HER manager who okayed this insane arrangement.

How, exactly, was it supposed to work?

I hesitate to point out the obvious, but animal shelters can’t be operated on Zoom calls. The strays need to be fed, cared for and cages need to be cleaned. Adoptions need to be arranged. The manager is ultimately responsible for all of that and for the workers employed there.

How do you run an animal shelter from 844 miles away? Not well, it seems. A recent state inspection found two significant violations of “veterinary care and infectious disease rules” at the Norfolk Animal Care Center.

According to the Pilot, Jennifer Held is no longer employed by the city. It’s unclear how her departure came about.

Who cares? Frankly, there’s another person who should get sacked over this bizarre situation. The one who approved this peculiar arrangement. This can never happen again.

In fact, it’s long past time everyone returned to the office.

Employers are the key to our return to normalcy. They need to do what Goldman Sachs did this week when the company abolished all COVID rules and ordered its staff to back to work full time.

As much as some workers may enjoy staring slack-jawed at their computer screens in their pajamas all day, American society is suffering from an acute lack of community due to the forced isolation.

Creative energy wanes when workers can’t brainstorm in person. Friendships can’t develop when there’s no gathering around the proverbial water cooler or heading out for drinks at quitting time.

The only thing that grows is obesity and loneliness.

Governor Glenn Youngkin is fighting the laptop lobby that works for the commonwealth. Employees seem to regard coming to work as an imposition on their time. He wants them back on the job and in person.

Shoot, the new governor had to fight like heck to get DMV to reopen. I was there yesterday, without an appointment. My number was called in six minutes. Two years ago I couldn’t get an appointment and had to get a temporary extension of my driver’s license.

Trust me, Youngkin’s DMV is running much better than his predecessors’ DMV ever did. Especially Mark Warner’s, who once laid off DMV employees to save money.

Take a minute and read our companion piece today from 2003 on former Gov. Mark Warner’s DMV.

Writing for the Toronto Globe and Mail in Oct. 2021 in a piece headlined “In The Move To Remote Work We Are Losing Our Sense of Connection To The Workplace,” Jennifer Moss reports that incidents of depression and loneliness spiked as workers stayed home:

As the pandemic drags on, many white-collar workers are realizing that those seemingly banal water-cooler chats in the office during pre-pandemic times were surprisingly important to their mental health. Sure, it ate up valuable time chatting about the latest Netflix series and commiserating about commuting, but it was also a glue that helped us connect with co-workers. The lack of office socializing and collaboration is contributing to the weakening of our work relationships and increasing employee stress…

During the pandemic, our research team found that employees were finding it hard to stay connected to their peers while working remotely. Eighty-five per cent said their well-being has declined in the pandemic and around 40 per cent of respondents said they struggled with being so disconnected from co-workers.

It’s time to leave the insanity of COVID lockdowns behind. What happened at Norfolk’s animal shelter is extreme, but none of what happened when we shut down schools, churches and office buildings was good.

Time to put that nightmare behind us and get everyone back to work.

This entry was posted in Efficiency in government, Government workers and pensions and tagged Kerry Dougherty. Bookmark the permalink.