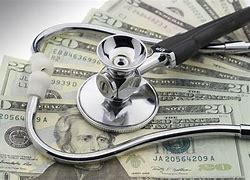 A tip of the hat to my friends at Checks and Balances Project for alerting us to a new civil suit filed April 27 against Sentara by Chesapeake Regional Medical Center (CRMC).

I will comment on Sentara’s response to the suit when it is available.

The complaint alleges various instances of tortious interference by Sentara with CRMC’s business and conspiracy to do the same. I recommend you read the complaint as filed. It is quite a story.

Although I am familiar with only part of the evidence in this specific case, that being Sentara’s successful intervention against CRMC’s COPN application for open heart surgery, the other allegations match decades of Sentara business practices.

The complaint alleges that Sentara:

If the allegations that Sentara disregarded business ethics and the law (often alleged about this defendant), it is fair to ask how much is enough.

CRMC had only 12% of the regional cardiology market and Sentara 70% before it allegedly attempted to cripple the CRMC cardiology practice.

Having just buried Norfolk’s De Paul Hospital and recently been caught trying secretly to shift support of Eastern Virginia Medical School to the state while capturing its doctors’ practices, one would think Sentara would take a breather.

But not that crowd. They define relentless. And they have every reason to expect to get away with it.

Sentara has not once been penalized for business practices that violate both the ethics expected of a tax exempt charity and the letter of state and federal antitrust laws.

The Commonwealth not only has not stopped Sentara’s assaults on competitors, but has been an active accomplice. The Virginia Department of Health (VDH) for decades has wielded COPN as both a shield and a sword for Sentara, awarding and expanding its monopoly and blocking both competitors and federal antitrust enforcement.

The allegations, if true, are clear antitrust violations. although the CRMC attorneys di not cite antitrust law in the complaint. Indeed, the word “antitrust” never appears.

Doing what is alleged in this suit while its application for taking over Cone Health in North Carolina is still pending approval by the FTC and the North Carolina Attorney General, would seem self-destructive.

But Sentara management might not see it that way.

We’ll see how this plays out, in court, at VDH, and in the pending Cone merger.

Perhaps Sentara can get Judge Hall back to sit on the bench on this case. It is, after all, filed in Chesapeake where she handled the COPN complaint by CRMC against Sentara. We are left to wonder what she or the Court of Appeals would have done had either found out about alleged secret negotiations by Sentara with CRMC’s cardiologists.

Win or lose, Sentara will see the CRMC suit as an acceptable cost of doing business the way it wants to do it and intends to keep doing it.

As for VDH, perhaps the agency will be cranky if Sentara is proven to have been poached CRMC cardiologists while CRMC’s COPN open heart surgery application was still being contested. On second thought, that’s probably crazy talk. They are partners after all.

If the Cone merger is denied, Sentara finally will have been held accountable. But Sentara expects the merger to be approved.

And it is are likely right.

This entry was posted in Antitrust, Courts and law, Health Care and tagged James Sherlock. Bookmark the permalink.