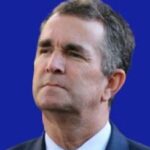 Northam’s opening words in his state-of-the-commonwealth address: “The chamber looks pretty good from up here, doesn’t it? You know, it’s a proud moment to look out and see a General Assembly that reflects more than ever the Virginia that we see every day.” The 200,000 citizens of Southwest Virginia’s 38th senatorial district whom Northam deprived of representation might beg to differ.

When Governor Ralph Northam delivered his state-of-the-commonwealth speech two days ago, he gave a special nod to Sen. Ben Chafin, R-Russell County, who had died several days previously from complications relating to COVID-19. “He was my friend, and I miss him,” Northam said. “Whether on the Senate floor or in my office, his presence always brightened my day.”

“I hope that fond memories of Ben will help his family through these difficult times,” he added. “I ask you to join me in a moment of silence to honor Ben, and everyone who has lost their lives to COVID-19.” Then he briefly waxed philosophical. The epidemic, he said, has made everyone stop and ask some basic questions. “What’s really important? What do I believe in? Am I taking actions that reflect my values?”

One of the actions the Governor should be questioning is whether he honored Chafin’s memory by delaying the election of his successor until March 23 — after the General Assembly, effectively depriving the residents of Chafin’s district of representation during the 2021 session.

Equity was a big theme of Northam’s speech. Virginia needs to take steps to ensure more equity in public health, in education, in criminal justice, and in voting rights, he said. Indeed, one of his signature initiatives this session is changing the state constitution to provide automatic restoration of voting rights to felons. The concern for equity apparently does not extend, however, to the members of Chafin’s Republican-leaning district in impoverished Appalachia. 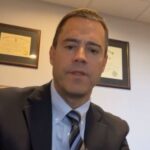 Del. Tim Anderson, R-Virginia Beach, has filed a lawsuit asking Northam to move up the date of the special election to Jan. 26, which would allow the 38th senatorial district to be represented for at least part of the General Assembly session. Anderson, who is representing an unnamed plaintiff, makes his case in a Facebook video here.

When two Democratic members of the General Assembly resigned in December – Del. Joe Lindsey, D-Norfolk, who stepped down to become a judge, and Del.  Carroll Foy, D-Stafford, who vacated her seat to run for governor — Northam acted quickly to schedule special elections to fill their seats, one with 21 days and one within 28 days. Those elections have been held and Democrats were elected to serve.

Chafin died Jan. 1. Northam could have filed a writ the following day and, meeting the legal requirement for a 10-day interval, scheduled an election on Tuesday, Jan. 12, the day before the General Assembly went into session. But Northam waited until the 12th to act, when he announced the March 13 election date, Said Anderson: “We think that is politics at its worst. … To delay … is nothing more than hyper-partisan politics.”

The political motive was obvious. Northam’s action increased the Democrats’ narrow senate majority from a 21-to- 19 majority to a 21-to-18 majority for the duration of the session. “It advantages the Democrats to push more progressive bills through the senate,” Anderson said.

On the one hand, it can be argued, politics ain’t beanbag. Northam technically acted within the letter of the law (a point for the judge to decide). What cannot be argued is the monumental hypocrisy of his action. Democrats continually accuse Republicans of “voter suppression,” and they justify the restoration of voter rights to felons on the grounds on the grounds of equity. But I have yet to hear a single Virginia Democrat defend the rights of roughly 200,000 Southwest Virginian citizens to be represented.

Northam may believe his own rhetoric about equity and justice — and I’m sure he’s very sincere about it when his Democratic constituents are involved — but one could hardly blame the citizens of Southwest Virginia if they write it off as sanctimonious rubbish.

This entry was posted in Electoral process, General Assembly and tagged James A. Bacon. Bookmark the permalink.