One of the key skills in politics is to make your constituents happy with money provided from those far, far away. It is happening again as Fauquier County’s leaders want the General Assembly to force all Dominion Energy Virginia’s ratepayers to pay to bury a 230-kv power line out of sight from their voters.

Taking readers of Bacon’s Rebellion back four years (and there were fewer of you then), the same thing happened with a transmission-scale line built along I-66 to serve an Amazon facility. Given that the power company makes its profit as a percentage of the project cost, convincing it to make the most expensive choice was not hard.

Dominion used its clout within the General Assembly to get legislative cover in one of the omnibus energy-regulation, utility-enrichment bills of the period. With that, the State Corporation Commission fell in line. The provision in question authorized another such “pilot program,” as if the technology for burying these lines was not already very mature. The SCC might have to ignore consumers and fall in line again.

The issue is the additional cost (probably tens of millions of dollars), including the cost of making any future repairs (cheaper with overhead lines if they fail). The issue should also be one of fairness, since in many other locations across the state similar lines just go up with no debate about an underground option.

The transmission line costs just get lumped in together all across Dominion’s system and are collected in Rider T on bills. These costs tend to fluctuate, so nobody really sees the impact of even a big project – but it’s there, and the offshore wind project will eventually be added as well  Costs are not assessed regionally or by district, although one option here would be a special assessment on those who think their lives will be damaged by looking at that power line.

Would customers willingly pay a hefty premium for the protected view? I doubt the Fauquier supervisors even raised that approach. They want all of us in the rest of Virginia to share.

The power line in question will run from the Blackwell Road substation near the edge of Warrenton and there are various routes under consideration. Dominion has this website as its main tool to reach out to the folks in the region, and has maps of options here and here.

It plans to start the SCC application process later this year and hopes to construct the line starting in early 2024. During that process some reliable estimates comparing the cost of the overhead versus underground construction will emerge. The buried lines also involve far more land disturbance.

The bill the 2023 General Assembly should approve would remove any special consideration or rules for an underground line in this case, and free the SCC to make the best decision on issues such as cost and reliability. Bets on that getting introduced?

The news reports so far do not include responses from the county’s legislators (probably shuffled by the new district maps).  This could become a campaign issue. Years ago, as a paid lobbyist for a major electricity user, it was my job to look askance at efforts to jam these costs onto industrial users, and I did engage in one such fight. Others will have to consider whether to accept or oppose this at the Assembly, but there is no consumer advocacy group of consequence.

It is noteworthy that of the politicians in the photograph (see below) touting their support for the underground Amazon line in 2018 only one is still in office, and he is the one from Southwest Virginia who represents zero Dominion customers. Perhaps Delegate Terry Kilgore, now House Majority Leader, will be back for a reprise . 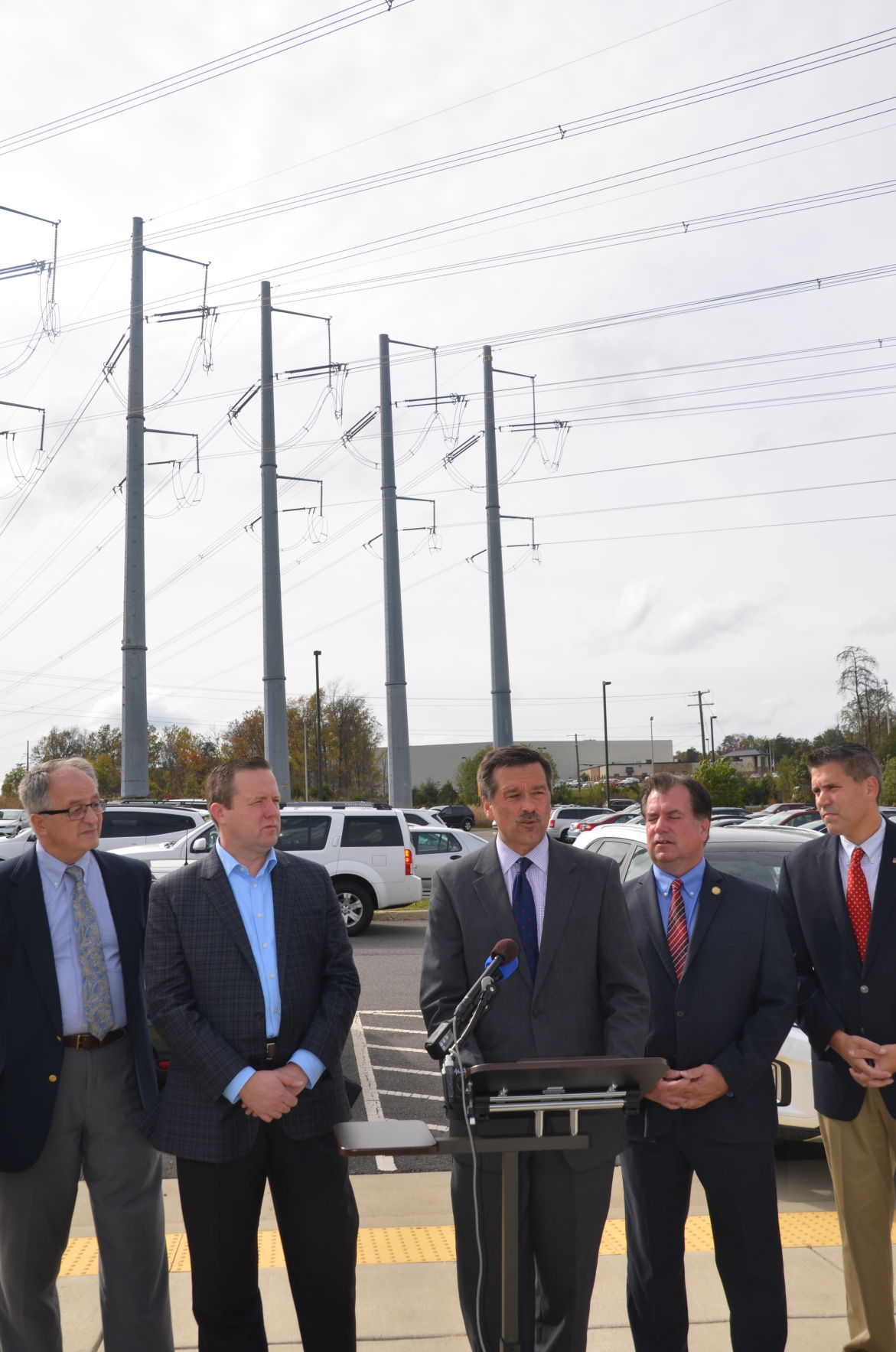