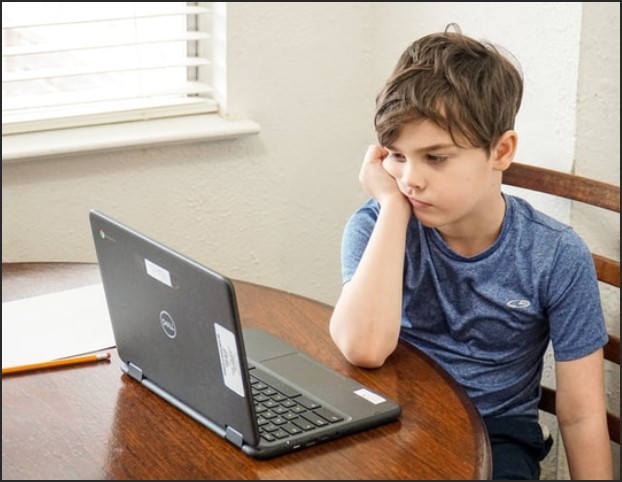 Photo Credit: Thomas Park on Unsplash by way of the Sun Gazette.

“There was insufficient or minimal ownership, leadership . . . stakeholder input, planning, risk assessment, pilot study and progress reports,” John Mickevice told School Board members, as reported by the Sun Gazette. Among the key findings:

When Arlington schools reopened during the COVID epidemic last year, about 3% of the student body enrolled in the Virtual Learning Program (VLP). The program was “mired in chaos,” according to the Sun-Gazette, dealing with a major leadership departure and a lack of effective communication between students’ families and the school system. Some students were effectively deprived of a month or more of education.

Superintendent Francisco Durán blamed others. Time “was too short to really plan this program,” he said. “Evolving health conditions and state/federal regulations and guidance were continually evolving,” he added.

But the Arlington Parents for Education were less forgiving. “The School Board and superintendent received this information as if they were distant spectators to a car wreck, rather than some of the responsible actors whose conduct – or lack thereof – led directly to this failure,” the organization said.

First amendment on vacation. Meanwhile, reports the Sun-Gazette in a separate article, the last School Board meeting during the summer will not open up to public comment, as it usually is. “We are not taking public comment during the summer meetings,” said Chairman Reid Goldstein, explaining that the time saved will allow the School Board to “focus on conducting the necessary business promptly.”

Bacon’s bottom line: Arlington school officials may have dropped the ball on virtual learning, but they have been unrelenting in their pursuit of diversity, equity and inclusion. Unfortunately for Black students, that’s worked out about as well the Virtual Learning Program has. Over the past five years, the Black-White divide in educational achievement has gotten worse, much worse.

Drawing upon Virginia Department of Education data, I compared the gap between the pass rate for White students and Black students taking Standards of Learning English reading exams in 2015-16 and 2021-22:

The racial gap got wider statewide as well, but by only a fraction.

Indeed, after five years of emphasis on equity, Arlington has gone from having a Black-White gap only slightly higher than the statewide average to having a gap exceeding the state-wide average by nine percentage points.

These are the results you get when you have a school system run by ideologues who deflect blame to others and limit feedback from the public.