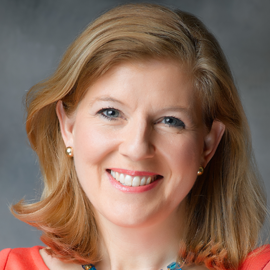 After thinking about this a little more and doing some poking around on the Internet, I want to take issue with some of what Virginia Secretary of Education Aimee Rogstad Guidera said at an AEI forum, as reported on Bacon’s Rebellion yesterday.  The goals are sound, but I am not so sure about the approach this administration seems to be taking.

In order to draw a contrast with the previous administration, she painted a picture of Virginia education that is worse than it is.

On the 4th Grade reading test for the NAEP, 38 percent of Virginia students scored proficient or above.  That was above the national average of 34 percent.  The Commonwealth’s score ranked 8th in the nation.  It is true that Virginia scores are lower than they were in 2015.  In that year, 43 percent of the 4th graders scored at proficiency or higher and the state was tied for 4th in the country.  However, scores across the country have been falling as well.  In 2015, Massachusetts was the highest ranked state with 50 percent of 4th graders scoring proficient or better.  In 2019, Massachusetts was still the highest ranked state, but its percentage of 4th graders scoring proficient or better slipped to 45 percent.  Nevertheless, Virginia did decline in absolute terms, from 43 percent to 38 percent, and in relative terms, from 4th place to 8th place.   There is work that needs to be done.  (For NAEP data, see here for 2015 and here for 2019.)

One hopeful sign was the rise of Wyoming to 3rd place in 2019, with 41 percent of its 4th graders testing at the proficiency level or better.  Youngkin has recruited the Wyoming Superintendent of Public Instruction, Jillian Balow, to come to 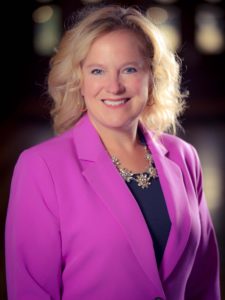 Virginia to serve in the same role here.  It is hoped that she can employ in Virginia some of the practices she used in Wyoming to improve that state’s standing. (That is, unless she decides to flee back to Wyoming after experiencing the heat and humidity of August in Richmond!)

Regarding the NAEP scores, Guidera engaged in some rhetoric that was misleading.  She referred to the “honesty gap” between Virginia’s NAEP score of 38 percent of 4th graders scoring proficient or above and 75 percent of 4th graders meeting Virginia’s SOL “proficiency” standards.  This is not my area, but from the reading I have done, the SOL and NAEP proficiency standards are not comparable.  The SOLs are meant to determine whether a student is reading at grade level.  The NAEP “proficiency” score is much above grade level.  Although Guidera was making a false comparison, the SOL result showing a quarter of 4th graders reading below grade level is certainly concerning.

Guidera is right in saying that the statewide averages “mask the stark disparities in the quality of education and in the results that we are getting across the Commonwealth” and that “we are not serving all students well.”  Over the last year or so, that has been the message coming from Bacon’s Rebellion, with James Sherlock, in particular, using data to point out learning deficits in areas with low-income students, even in some high-income counties.

What to do?  Guidera is not very specific on how the Youngkin administration intends to address those disparities.  She does refer to the Literacy Act, just enacted this year.  This legislation is intended to embrace the “science of reading” in training teachers and implementing reading programs in the state.  It needs to be kept in mind that this is a long-term project.  The state of Mississippi gained national notice for its efforts in this area, but it was a multi-year effort.

The “science of reading” is a very alluring concept.  However, as a prominent Virginia educator (and a frequent commentator on this blog and one whom several BR readers had advocated be appointed state superintendent), Matt Hurt has pointed out that educators have been arguing about the “science of reading” for decades and will probably continue to argue about it.  He has provided graphs showing that Virginia students compare very well, and in some cases are higher, than students in states that have embraced the “science of reading.”

He noted the recent downtown in reading scores, but pointed out that methods of teaching reading had not changed from the times that the scores were higher.  Instead, he posited that recent changes in Department of Education (DOE) policies such as the emphasis on performance-based assessments and the implementation of a growth measure in the accreditation standard may have sent the wrong messages to administrators and teachers.  These are policies that the Youngkin administration may want to examine.

Some on this blog probably do not want to hear this, but the decline in reading scores was not a problem that went unnoticed or ignored by the Northam administration.  James Lane, the Superintendent of Public Instruction under Northam, expressed great concern about the turndown in reading scores in 2019 and said DOE would be “working with districts that saw reading scores increase to identify what’s working as a model for other districts.”  The administration sponsored a statewide summit in early 2020 to discuss with educators how to improve the reading levels of young students.  Then COVID hit, schools closed, and attention was on how to survive after that.

Matt Hurt had basically the same advice earlier this year:  in those areas in which students are doing well, leave them alone, and concentrate on those areas that are not doing so well.  That seems to be common sense.  Rather than trying to impose another new program on teachers and schools, it might be better for DOE to figure out what areas like the Comprehensive Instructional Program are doing right, leave them alone, and try to help those divisions and schools in which students are struggling to implement those approaches, attitudes, and policies that have proved successful elsewhere.  Going at it that way would improve the odds for progress and create less disruption in the whole system.

This entry was posted in Education (K-12) and tagged Dick Hall-Sizemore. Bookmark the permalink.