Another Media Merger in the Works 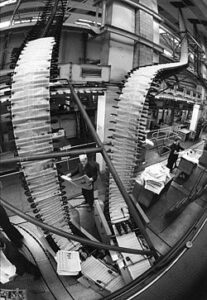 If the offer is accepted, almost the entire news-collecting apparatus in the Rest of Virginia will belong to a single entity. So reports Virginia Business. And if Alden’s management style in Hampton Roads is any predictor, we can expect to see more newsroom consolidation. As advertising and subscriptions continue to erode, Alden executives have little choice. Legacy cost structures will not support larger organizations.

Uh, oh, I’m displaying my own bias in favor of print media. I suppose I should add television and talk radio to this list of media outlets.

As I’ve often said, the only thing worse than a biased media is no media at all. Liberal media have huge blind spots, and they deserve repeated ass-kicking. But for all their failings, they do provide a measure of accountability for government officials. Even with skeletal news teams, they have broken important stories in the past year that the political class would have gladly kept quiet.

I am heartened by the proliferation of independent digital outlets, but I question whether they’ll ever have the resources and staying power to fill the void left by the old mainstream newspapers.