All Leader Saslaw Cares About: Is Dominion OK? 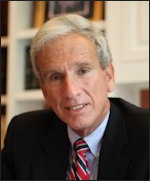 Senate Majority Leader Richard “Is Dominion okay with this?” Saslaw

Every now and then you can actually see the strings, see the puppet master that is Dominion Energy Virginia calling the shots at the Virginia General Assembly. Senate Majority Leader Richard Saslaw, D-Fairfax, provided a glimpse of its power during a floor debate Thursday.

Republican senators were in revolt. Two days after the House of Delegates had approved a plan to force all utility ratepayers to cover the unpaid bills and late fees for those who have fallen behind, the same language amendment was before the Senate for adoption.

“Once again, we have cast the ratepayers aside here in Virginia,” Senator Richard Stuart told his colleagues assembled in their spread formation at the Science Museum of Virginia. The average ratepayer is struggling to pay their own bill in this recession and did not sign up to pay the bills for those others who for whatever reason do not. “This is immoral. This is not right,” Stuart concluded.

Saslaw was quick to reply. “Taxpayers’ money is also the taxpayers’, and we spend that. This isn’t breaking new ground,” he quipped. Then he asked one of his fellow Democrats involved in the issue, Senator George Barker of Fairfax, “Didn’t the Phase II utility agree with this number?” Yes, Barker agreed, Dominion (The Phase II utility) did agree.

End of discussion! If Dominion has agreed to this, what other consideration should senators have? Leader Saslaw sat down having delivered his message.

Since the beginning of the COVID-19 recession, Virginia utilities – electricity, gas, water, and sewer – have been forbidden from disconnecting customers who have not paid. By the end of June, the various utilities were owed about $184 million, with the bills continuing to pile up since. Under this budget provision the moratorium on disconnections should continue through the winter at least.  The total in arrears is unknown, but eventually will be counted up.

The General Assembly is moving forward with a three-prong approach:

There is a fourth part to this, a provision only in the House so far. The House also takes $120 million from federal COVID-19 relief funds and gives it to the SCC to distribute to lessen the outstanding debts, presumably for more than just Dominion customers.

The vote on this plan was 21-19 in the Senate, along the party line. In the House, the vote was more bipartisan with a final tally of 61-34.

There was a short discussion in the House, but a longer one in the Senate. Frankly, it did not display much depth of understanding of this admittedly complicated problem. Stuart wins the prize for the most helpful comment: This should all be worked out by the SCC through its processes. “We are not qualified to make this decision here today, and that’s why we have the SCC.”

Exactly, Senator, and the qualifications, experience and fairness of the SCC are why Dominion will evade its oversight any chance it gets. Why face actual regulatory risk when you have Saslaw and Barker ready to roll? At the SCC, they fully understand that if Dominion indeed is proven to have substantial excess profits for the most recent operating period, that is because we have been overcharged with the Assembly’s permission.

Senator Jennifer McClellan, D-Richmond, has been an advocate for Dominion’s approach on this, as well. “No matter what, the uncollectable (debts) are going to be collected from the ratepayers. The only question is how much,” she told the Senate before the vote.

That is not true. Some lobbyist whispered that in her ear, and she bought it.

As the House has demonstrated, a substantial part of the COVID relief funds could be applied, and perhaps in the final compromise budget bill will be. Taxpayer money is also being spent on rents that are in arrears.

Also, under current law and rulings, Dominion can earn a profit margin of up to 9.9% before any profits are deemed to be “excess” and eligible for refunds. That is one of the fattest regulated utility margins in the United States and protecting that from this storm has clearly been accomplished (well done, Leader Saslaw, future Governor McClellan).

Why should the utility industry profits sail through this crisis untouched, while others (families and businesses) crash and burn?

Because Dominion is so profitable, it can afford to “forgive” that $74 million to its struggling customers until the 2021 rate case pays it back. That undetermined number of customers get their unpaid balances reduced or even eliminated, if they have otherwise gotten back to paying on time. But no such opportunity is granted to customers of Appalachian Power, the various rural coops, or those behind on natural gas, water, or sewer bills.

Expect Dominion’s unique “generosity” in “forgiving” unpaid bills to be featured in a new series of puffy company advertising as the rate case gets underway in the spring, and then a rash of campaign mailers come October with legislators claiming credit.

Watch the debate on Thursday’s session recording, starting at 1:48.

38 responses to “All Leader Saslaw Cares About: Is Dominion OK?”