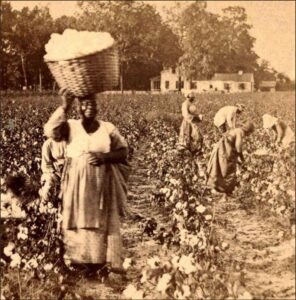 I write today to put the abortion debate in its proper Virginia political, social, and legal contexts.

Given sympathetic comments by the U.S. Supreme Court’s conservative majority to antiabortion efforts in recent litigation, the nation’s top constitutional scholars say the Court intends to use the Mississippi case argued earlier this year to give state legislature’s wide new latitude to restrict “the right to choose” established by Roe v Wade nearly fifty years ago. The intentions of Governor-elect Glenn Youngkin and his allies, including Democratic Senator Joe Morrissey, remain to be seen. But it is difficult to imagine that the publicly proclaimed foes of abortion will miss this opportunity.

I believe that Governor Ralph Northam and the White Boys Club now running the General Assembly have a moral obligation to call a Special Session to stop such an effort.

I recently finished the manuscript to my new book, “Remaking Virginia Politics,” due out next month, which reviews the state’s electoral history during the two-party era. The book describes how the white male leadership of the Virginia Democratic Party has been slow to embrace women’s rights. The election of Eileen Filler-Corn as the first Female Speaker of the House is said to disprove such a notion. But apparently not. She is acting as if she were now part of the establishment. When Henry Howell and Doug Wilder were in the General Assembly, they were fearless in challenging the backward thinking of the ruling White Boys Club. Speaker Filler-Corn clearly believes back-room dealing on the abortion issue is the better strategy.

This passivity threatens to bring back what Frederick Douglass and other abolitionists said was likely the key political, legal, and economic practice undergirding slavery in Virginia. A quick history lesson is in order.

After “the close of the international slave trade, the only way to legally increase the slave population was through female slave reproduction,” explained women’s rights activist and acclaimed professor Pamela Bridgewater. In the five-and-a-half decades following the termination of this odious international business, the number of slaves grew by 500%, according to a treatise entitled, “The Breeding of Slaves During the Domestic Slave Era 1807- 1863.”

Southern state enacted laws allowing slave masters to treat enslaved females and their offspring as private chattel. In practice that ownership extended to the slaves’ unborn children. In Congressional debates on the Thirteenth Amendment, the legislative intent clearly acknowledges the fact lawmakers realized the brutality and ungodliness of allowing state governments, through such delegation of power, to force a Black enslaved woman against her will to continue an unwanted pregnancy.

The Thirteenth Amendment, a Northern Senator declared, must “obliterate the last lingering vestiges of the slave system … everything connected with or pretending to it … the sacred rights of …hallowed family relations … will (then) be protected.” Black women in Virginia would forever be free of such a state-sponsored nightmare.

I am not suggesting those sincerely opposing abortion see the issue in the context of the treatment of enslaved Black females in the “breeding era” of our past racial brutality. But the 13th Amendment prohibition is not defined by intent or sensibilities but its consequences. The state coercing a Black woman to carry an unwanted pregnancy to term is, as Mr. Douglass said, the very definition of involuntary servitude.

Admittedly, the termination of unwanted pregnancies does not arise in the typical worker/boss context found in the court cases on involuntary servitude. But the lack of any dispute on compensation, working conditions or adhesion contracts inflicting horrendous wrongs on powerless workers does not change the obvious: to wit, the state is taking over a woman’s body, shoving aside those traditional family relations, and demanding she complete the pregnancy or else.

Surely even the blind mice running the Virginia Democratic Party can see today what some of the greatest American reformers saw two centuries ago.

But Governor Northam and his Party Establishment allies will say, “Paul, the GOP will simply overturn whatever we do at a Special Session when taking power a few days later.”

My answer: Who is to say? Would Governor Youngkin, a potential GOP presidential nominee in 2024, or Democratic Senator Joe Morrissey, the lynchpin for any Republican effort to pass onerous anti-abortion laws in the Democratically controlled State Senate, want to reverse laws and resolutions aimed at protecting Black women and atoning for Virginia’s past?

That is for them to decide. If Morrissey wants to turn back the clock on Black women, the same for Governor Youngkin, then yes, they have the power. But I say Democrats need to do the right thing, and then dare those opposed to reverse it.

Paul Goldman is a former chairman of the Democratic Party of Virginia.

This entry was posted in Abortion, Uncategorized and tagged Paul Goldman. Bookmark the permalink.