A More Politically Diverse Board for VMI 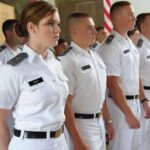 Governor Glenn Youngkin’s board-of-visitors appointments to the University of Virginia and the Virginia Community College System are bound to shake up the status quo, as Bacon’s Rebellion has documented in earlier posts today. His designation of four new members to the Virginia Military Institute Board of Visitors could generate controversy as well.

The outgoing VMI board is the one that presided when former Governor Ralph Northam evicted former Superintendent J.H. Binford Peay III, replaced him with the current Superintendent, Cedric Wins, stood silent (or expressed support) when The Washington Post and a Northam-appointed investigation maligned the military academy as systemically racist, and approved a series of measures to undo the alleged racism.

The big question is this: How hard will new board members fight to preserve what dissident alumni refer to as threats to core VMI institutions such as the Honor Code and the Rat Line? The answer to that question may hinge on whether the Wins administration is actually implementing policies hostile to free expression and bedrock values.

Of these, Gottwald is the best known quantity. He was serving on the board when the racism-at-VMI controversy broke. He and corporate attorney Grover Outland resigned when Peay was forced to leave. Gottwald never spoke publicly in the ensuing controversies, but is thought by my sources to lean toward the side of traditionalist alumni.

Matt Daniel, director of the Spirit of VMI political action committee, describes the four appointments as “a very strong list,” adding, “The Governor got it right. We are very excited to see this group of board members.”

The Spirit of VMI PAC made $151,000 in campaign contributions during the 2020 election campaign — all to Republicans who expressed support for alumni protesting the tarring of VMI as a racist institution. (No Democrat solicited the group’s support.) That sum includes $25,000 for Youngkin, who promised he would give serious consideration to the group’s concerns.

Sources tell Bacon’s Rebellion that none of the board members nominated by the VMI Alumni Associations were appointed.

VMI has posted two articles on its news site today — one highlighting the appointment of VMI’s new athletic director and one profiling a cadet’s summer research — but has yet to respond officially to the board appointments announced yesterday.

“We are looking forward to working with the new [board] members to continue our mission of educating and training leaders of character,” said VMI spokesperson Bill Wyatt in response to Bacon’s Rebellion.

VMI has installed a director of Diversity, Equity & Inclusion and implemented diversity training that officials insist is voluntary. The Institute has yet to build a DEI bureaucracy as extensive as that seen at many of Virginia’s other public universities, but money requested for the Fiscal 2023 budget would have included some new money for DEI staffing — the precise amount of which is a matter of dispute and hinges on whether a position is classified as “DEI” or not.

Dissident alumni argue that any “training” like DEI that makes cadets more conscious of racial identity is inherently divisive and antithetical to the Rat Line/Barracks system, which, like U.S. Army basic training, strips away former identities and imbues first-year Rats with a core identity as VMI cadets. VMI, they say, is one of the most egalitarian campuses in the United States. While the Northam-instigated investigation did cite individual instances of racism, some of which the Peay administration corrected, and cited some perceptions of racism, it didn’t even try to make the case that racism was more prevalent at VMI than anywhere else.

Also, some have accused the Wins administration of suppressing freedom of expression, in particular by harassing the independent Cadet newspaper, which has at times been critical of VMI leadership. Among many issues involved in that controversy, VMI officials have portrayed the newspaper, which is backed by a foundation run by activist alumnus Bob Morris, as a tool of dissident alumni. Morris insists that students make the editorial decisions and that the administration is hostile because it can’t control the message.

Bacon’s Rebellion has heard many of these controversies but has been unable to devote the time to verify or debunk the various claims. One thing that can be said with confidence is that the dissident alumni, whose voices have been shut out of official VMI and alumni association deliberations, likely will get a more receptive hearing now.