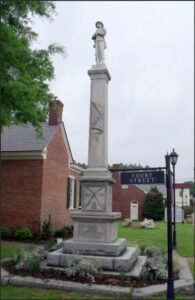 In Mathews County’s November 2021 referendum, 3,782 (80.06%) voted against relocating the Confederate Memorial that has stood next to the Historic Courthouse since 1912. At the April 26, 2022 Board of Supervisors meeting, there was a motion to authorize a survey to delineate the land under the Memorial to be transferred to the United Daughters of the Confederacy and the Sons of Confederate Veterans.

The local paper, the Gloucester Mathews Gazette Journal, mistakenly printed a headline that read, “Mathews board approves ownership transfer of monument.” To their credit, unlike larger papers that don’t acknowledge errors, the Gazette Journal reprinted the edition to say, “Mathews board approves survey of Court Green, intends to convey ownership of land under monument.”

Unfortunately, whether due to lack of time or space, the newspaper omitted the details of a bigger story — the Board’s openness to hearing and responding to the perspective of the African-American community expressed by Supervisor Melissa Mason, as well as their intent to offer a second plot of land for an African American memorial.

Before acting on a motion to authorize the survey, Chairman Paul Hudgins suggested that while they were “doing the deeding” of the piece of land that’s under the monument, that the Board also should consider another spot on the Courthouse Green, if Supervisor Melissa Mason could find a group interested in putting up an African-American monument or memorial as he had discussed with her. 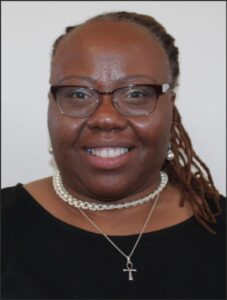 Supervisor Mason replied: “My opinion has been, and I think I’ve shared this previously, that some form of statue, recognition, should be given to African Americans of Mathews County. … We need to be able to have the open conversation and have it collaboratively about the issues regarding about [the Confederate memorial]. Is it history? Is it showing being in favor of support of slavery that is contentious to African Americans in the community [by] those who support the Confederate actions? I’m not going to open up a whole can of worms on that. Because to be honest, we all have our own different perspectives on that. In the same regard, [we] hear people when they say it’s a war memorial in support of those that fought in the war. I get that. I get honoring those that passed.”

Mason continued, “In all honesty, people’s feelings get hurt when they see the war memorial that some of you are saying is in honor of those that gave up their lives in the war, and I respect that. My father served in a world war, so I give honor to them, but people do have feelings about the fact that you’re not putting out wreaths, but you’re constantly putting up Confederate flags around the memorial, and let’s just address the pink elephant in the room. It’s hurtful to some people. Let’s be honest about that. Even though you’re saying that it’s a part of history. Look, I love history… like to see all sides of it. I said at the beginning of the year, we have to find some way to be able to collaboratively understand culturally and historically what is hurtful to others. And I hope for the ones that are in here, hear me and go back and share with everyone else. I want to see that if you have the war memorial that honors those that gave up their lives, yes, but also honor those persons of color, my ancestors, that also contributed to Mathews County.”

“I would like to see that we have a meeting of the minds and learn. At some point, you have to learn something, instead of being, as I say, rar, rar, rar, rar, rar, rar. That’s old and it’s tired, and at some point Mathews County should be the example to other people instead of being the go-along with other people and their ideas. Does everyone understand what I’m trying to say? Even if you’re on the other side and if you’re shaking your head and saying no, that’s your prerogative too, but understand that your opinion does not make up for the entire county, because the entire county may not look like you nor have the same background as you, but you don’t want to be the county that everyone comes to, and some people that I know come here and say, I’m offended, not only for you, but I’m offended for myself. Understand what I’m saying? I’ve had this conversation at our strategic planning meetings, so let’s not make that about that.”

“But, we have to do this in some type of smart, get-along way. And if you’re talking about if you serve God, God is not a God of hate or confusion. So, yes, I do want to have something. … But I felt that needed to be said because we skirt around the conversation, and it needs to be said—that it’s not an issue about the war memorial being a war memorial, but it’s about also the persona of what history has done to some of the representations with that and with the decorations …” 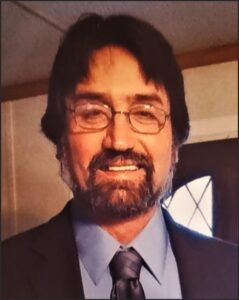 Chairman Paul Hudgins said to Mason, “I just wanted for the public to know that we would like to do this as two pieces being given at the same time. And whatever type of monument/memorial, however you address that, that’s entirely up to you and whatever organization or group that can come up with one.”

Mason responded, “No, I think that it’s something important that when I talk about collaborating on the other side, it’s collaboration on two sides. It’s done as a whole. Yes, it’s doing a representation of another culture, but it’s still to be done as a whole. We need to change our mindset in the way that we think. It’s not a ‘you’ or a ‘them.’ It’s ‘we.’ It’s ‘us.’ It’s not an easy conversation to have, but we have it. Each one of us has had it individually.”

Supervisor David Jones said, “I want to make this statement. I can’t and never will ever be for enslaving another human being under any circumstances. I do agree that the culture set at the time was totally different. I didn’t live in that culture, and I’m hoping that I’m better for the things that I’ve learned from that, but at the end of the day, when I served in the military, and all the veterans will know, never cared about the color or origin where the person came from that you were serving with—ever, and I’m about preserving history, irregardless of the circumstances. We cannot erase what’s already happened, but to me, I can’t ever look at it as anything more than a war memorial. It is a memorial to the dead, the way I perceive it, and that means for anybody that died in that situation that served in the Confederacy.”

After a few more comments by Chairman Hudgins, Supervisor Mason said, “I would like to make a motion to do a survey at the courthouse square to delineate the property to be conveyed [for the Confederate Memorial] and to delineate another spot that would give homage to African American veterans of Mathews County.

The motion was unanimously approved.

This entry was posted in Culture wars and tagged Carol J. Bova. Bookmark the permalink.