A Curious Coincidence Regarding Those Price-Gouging Actions 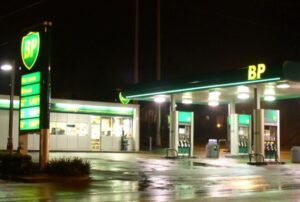 Earlier this week, Virginia Attorney General Mark Herring announced a successful enforcement action against a gas station under the state’s price-gouging statute. Richmond-based 7HC Inc., doing business as 7 Heaven BP in eastern Henrico County, will be required to refund $2,858 to 152 customers for jacking up the price per gallon during the Colonial Pipeline shutdown in May. The firm also will be dunned $2,000 in attorneys fees.

That represents the third enforcement action against a Virginia enterprise under the Virginia Consumer Protection Act in connection with the Colonial Pipeline gas shortages. The other two were against Tahir and Sons LLC in Springfield, and RIR Mart Exxon near the Richmond International Raceway in Henrico County.

Oddly enough, the three firms all have something in common. See if you can figure out the common denominator from the names of the owners.

Ponder this. According to a September 2021 press release, Herring’s office had received more than 500 complaints and emails alleging price gouging in the aftermath of the Colonial Pipeline incident. His office sent more than 150 investigative letters to businesses. But Team Herring has brought enforcement actions against only three, all of which are small, independent business enterprises owned by (apparently, by their names) people of Middle Eastern or South Asian origin.

Now, there may be a perfectly legitimate explanation for this turn of events. Perhaps Middle Easterners and South Asians come from different commercial cultures in which rapid price adjustments in the face of supply-side disruptions are considered acceptable. In other words, it’s possible that small businessmen from other societies actually are more likely than other gas station owners to engage in what Americans call “price gouging.” If that’s the case, the decision to discipline the three gas station owners was based upon real-world behavior, not some kind of racial bias on the part of Herring and his minions.

But what if we adopted the logic of “anti-racism” borne of Critical Race Theory: that negative differential outcomes are prima facie evidence of racism? Asians (a diverse group encompassing Middle Easterners, South Asians, and East Asians) comprise about 6% of Virginia’s population. But they represent 100% of the gas station owners punished for violating the price gouging law during the Colonial Pipeline interruption. Talk about a “disparity”!

Are the gas station owners victims of “systemic racism”? Does the Virginia Consumer Protection Act reflect racism embedded in Virginia’s legal code to benefit White consumers at the expense of minority business owners of color?

Is Herring a defender of a racist status quo?

Just doing my job, folks, asking the questions no one else dares to ask.

This entry was posted in Business and Economy, Crime , corrections and law enforcement, Race and race relations, Uncategorized and tagged James A. Bacon. Bookmark the permalink.