I provided an extensive review in this space of the latest book by Dr. Bettina Love, an assistant professor in the education school of the University of Georgia. She advocates separate but equally funded schools for black children and a radically revised curriculum unique to black children. 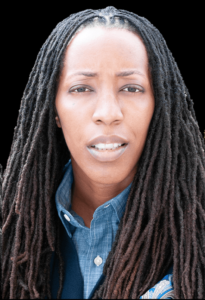 Readers can see in that review the details of her analysis of the problems in the education of black children in American schools and her incomplete but radical prescriptions for fixing the problems she assesses.

The University of Virginia, my alma mater, brought this woman to my attention by paying Ms. Love to keynote a symposium, not for University faculty or students, but sponsored by the Education School for working K-12 teachers in Virginia.

That, when combined with similar content in many courses at the University, constitutes an endorsement of Ms. Love’s views, not a hearing of them by the University.

I believe that Black parents in Virginia will reject Ms. Love’s views root and branch by very large margins.  Which in turn will raise the question of why is the University doing what it is doing.

So I offer a challenge to the University.

Then publish the results, even if some at the University may think they do not know what is best for their children.