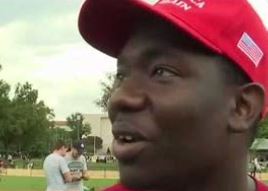 I have no idea if this group will gain traction. African Americans’ loyalty to the Democratic Party runs deep. But it is imperative that Republicans make the effort. The GOP cannot win a majority in Virginia without becoming a big-tent party.

Said Johnson in the press release: “Glenn understands Black Virginians want more opportunities, better education, more business and home ownership, and easier access to job training and occupational licensing. He is committed to carrying our message of conservative solutions to all voters and rebuilding the Commonwealth so that it works for all Virginians.”

Adds Youngkin: “I will wake up every day as governor seeking to serve all Virginians. That means we are going to give parents the power to choose where their children go to school and access to the resources needed to empower students to succeed. I will remove roadblocks and cut red tape to make it easier for businesses to succeed. We will build a rip-roaring economy that creates jobs and boosts wages, and make Virginia the best place in America to live, work, and raise a family.”

Creating a rip-roaring economy is easier said than done – frankly, there’s only so much that any governor can do — but it’s important to set the right tone and sense of direction.

Republicans need to position themselves as the part of aspiration and opportunity for middle-class Virginians — of all races and ethnicities — and paint the Democrats as the party of special interests, rent seekers, and grievance mongers. With a little message discipline, that shouldn’t be hard to do.