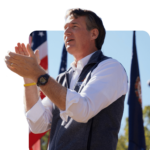 Reliance on the controlling phrase “in the public interest” helped get an energy bill vetoed by Governor Glenn Youngkin (R), bringing a rare call from a governor to maintain the independent oversight of the State Corporation Commission. Recent governors of both parties happily signed bills with the phrase into law over and over.

Senate Bill 347 was a pretty bad bill from the start. It applied to only one company, Dominion Energy Virginia. The company is already under orders from the General Assembly to stress and increase energy efficiency with its customers (often adding the costs onto the rest of us). But the bill went deep into the weeds, calling for specific “energy efficiency savings targets for customers who are low-income, elderly, disabled, or veterans of military service,” according to the summary. Under its current management, Dominion just loves to mix identity politics with ways to make money for its shareholders.

Here’s what Youngkin put in his veto explanation:

Although this legislation has the commendable goal of promoting energy efficiency, the requirements included in this legislation could, through an arbitrary declaration of the public interest, increase energy costs on Virginians. As a result, the Commonwealth’s energy policy moves further away from a cost-effective, all-of-the-above strategy with strong regulatory oversight administered by the SCC.

Energy policy should be established by the General Assembly but not at the expense of consumer protection and strong regulatory oversight through the constitutionally-established SCC. Public interest declarations unnecessarily restrict the constitutional authority of the SCC and should be used rarely, if ever.

Since the 2007 legislation that ended Virginia’s path toward electric utility deregulation, the General Assembly has used (abused) the phrase “in the public interest” to impose its political will over the discretion of the independent SCC.  In 2007 the beneficiary was the coal plant the Assembly ordered be approved for Southwest Virginia, the same coal plant that 15 years later is proving to be a financial white elephant.

Just about every time the Assembly has inserted the phrase, it has been to order the SCC to do something financially harmful to utility customers. In the case of Dominion’s pending offshore wind application, the Assembly not only declared it in the public interest but declared it in advance to be prudent and reasonable, which under no circumstances it actually is.

Unfortunately, legislation that would have restored the SCC’s authority in that instance didn’t escape the Virginia Senate to reach the Governor’s desk. But the Senate went for this bill 40-0, another dead giveaway the utility was all for it, and Youngkin zapped it. Perhaps the phrase “in the public interest” will disappear from future bills, at least for three more sessions.

That phrase was not used in another major energy bill that got the governor’s attention, this time with a series of amendments rather than a veto. When House Bill 558 was being debated, supporters over and over stressed that it preserved traditional SCC authority. Well, if that is their goal, they should support the amendments Youngkin has proposed. All help consumers.

House Bill 558 and its Senate companion create a regulatory structure for gas utilities to develop and distribute non-traditional forms of gas, so-called bio-gas, often from agricultural operations. Environmentalists fought it because, well, it is gas after all, and because it makes noises about reducing methane emissions but doesn’t really require any such reductions. This is correct.

The Democrats in both chambers who voted for this (and the Senate version had a Democratic sponsor, Scott Surovell) are Green New Deal hypocrites. During the session, only Virginia Mercury covered it, noting the irony. The bill deserves its own post, and there are other problems with it that Youngkin did not fix. I admit holding back because watching Democrats vote for it was so amusing.

Unfortunately, the governor’s amendments did not touch another element of the bill which has the General Assembly returning to an old, bad habit: allowing an enhanced profit margin, an extra 100 basis points of return on equity.

But Youngkin does oppose an effort in the bill to weaken SCC authority by adding a new “Societal Cost Test” as a measure of what is in the public interest. Adding that new test, totally subjective and focused on the claimed climate benefits, basically weakens reliance on the more traditional tests to protect consumers. The vote on this particular amendment later this month will be instructive, an acid test.