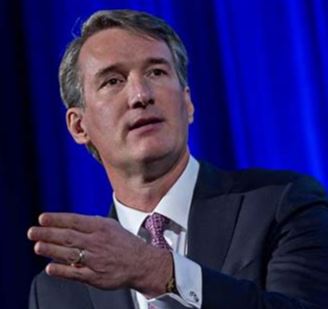 The Associated Press has just published a story highlighting the plight of newly retired Judy Pavlick in a mobile home park in Sunnyvale, California. When the park was acquired in 2015 by the Carlyle Group, a Washington, D.C.-based investment firm, “things began to change.” Pavlick’s rent surged 7%. Additional fees followed. The higher costs forced her and her neighbors, “many on fixed incomes and unable to relocate” to “sometimes choose between food and medicine.”

The deal, one of hundreds Carlyle executed in recent years, could become a political liability for the company’s former co-CEO, Glenn Youngkin, who is now running as the Republican candidate for governor in Virginia and highlighting his experience “building businesses and creating jobs.”

I knew this was coming. It was inevitable. We saw this attack before — in 2012 when Mitt Romney ran for president against Barack Obama. The Obama campaign highlighted Romney’s track record as CEO of Bain Capital, which financed the acquisition and turnaround of dozens of companies, often restructuring businesses and laying off workers in the process.

Youngkin is being Romneyfied. The AP article was just the opening salvo.

While McAuliffe’s ties to big donors and lobbyists are well established, writes the AP, Youngkin has only begun to confront “difficult questions” about his business background.

“Glenn Youngkin’s record is clear: shipping American jobs overseas and harming seniors and homeowners, all for his own profit,” said Christina Freundlich, spokesperson for the Terry McAuliffe campaign. “Virginians deserve better than an extreme, Trump-endorsed job killer with a track record of always putting his own wealth first.”

The AP article does quote Youngkin campaign spokesman Macaulay Porter as touting the Carlyle Group’s business success: creating tens of thousands of jobs, employing nearly 2,000, and funding the retirement pensions of police officers, firefighters, and teachers. The article also notes that McAuliffe invested at least $690,000 in Carlyle funds between 2007 and 2016.

But the bulk of the article details negative aspects of the Carlyle Group’s social and economic impact.

Carlyle made investments in companies that, under Youngkin’s leadership, moved at least 1,300 American jobs to Korea and Mexico. After they were restructured, all three companies were sold for hundreds of millions of dollars more than they were acquired for. Carlyle also invested in a company that manufactured “less lethal” munitions such as tear gas and super-sock bean bags that were used to quell demonstrations in developing countries.

I conjecture that the article, which makes no effort to document jobs created, companies salvaged, products and services launched, or retirement funds bolstered, recycled opposition-research work product from the McAuliffe campaign. At least the AP reporters were honest enough to document McAuliffe’s own indirect entanglements with Carlyle.

I’m confident that we haven’t heard the last of the Carlyle Group. Portraying Romney as an uncaring CEO who got rich from laying people off worked for Obama eight years ago. The strategem could well work for McAuliffe in 2021.

As for AP’s assertion that McAuliffe’s “ties to big donors and lobbyists are well established”… are they? Virginians know the story of the Greentech electric vehicle fiasco from McAuliffe’s last political campaign. But what has the Macker been doing for the past four years? Maybe Youngkin’s oppo research team will find out.

This entry was posted in Elections, Media, Uncategorized and tagged James A. Bacon, McAuliffe-Youngkin campaign. Bookmark the permalink.