Yeah, That Apology Was Called For 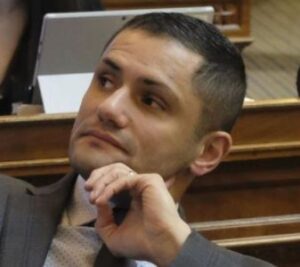 I have zero respect for people who grovel with apologies to perpetually offended snowflakes. But every once in a while, a statement of regret for words poorly chosen is fully warranted.

During a recent debate of Democratic Party candidates for lieutenant governor, anchor Dave Lucas with Washington-area TV station ABC7-WJLA addressed a question to Del. Sam Rasoul, D-Roanoke, whose fundraising has called upon out-of-state donors with ties to Muslim advocacy groups.

Asked Lucas: “Can you assure Virginians, if you’re elected, you’ll represent all of them regardless of faith or beliefs?”

Dude, Virginia enacted the Statute for Religious Freedom in 1779 guaranteeing freedom of religion to people of all religious faith: “All men shall be free to profess, and by argument to maintain, their opinions in matters of Religion, and that the same shall in no wise diminish, enlarge or affect their civil capacities.”

Rasoul strikes me a a free-spending secular liberal. I don’t recall him making much of his identity as a Muslim. And even if he did, so what? This is America. That’s allowed.

The question was roundly condemned, and the TV station issued a “sincere apology” for the question.

Now, let’s see if we can apply the principle consistently to evangelical Christians and others out of favor with the arbiters of our cultural norms.

This entry was posted in Individual liberties and tagged James A. Bacon. Bookmark the permalink.